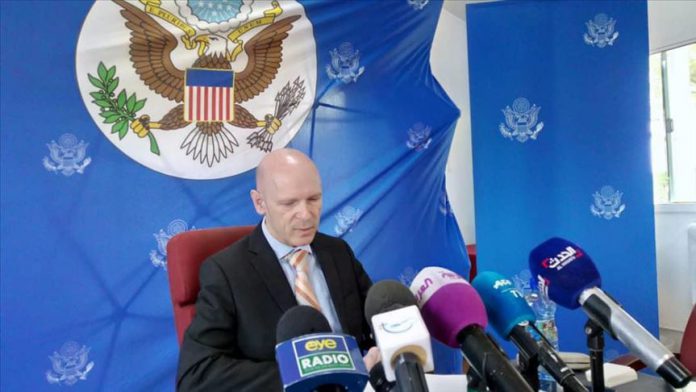 The U.S. will continue supporting a peaceful transition to a government of national unity in South Sudan, the nation’s ambassador in Juba said on Wednesday.

“I remain convinced that given sufficient political and good leadership, South Sudan can and will achieve a peaceful transition. The United states remain committed to help the South Sudanese people to achieve that result,” Thomas Hushek told reporters in a new conference in Juba, South Sudan’s capital, on Wednesday.

He expressed hope that the elected government will act responsibly, respect the rights of its citizens, promote the national development, and prevent corruption