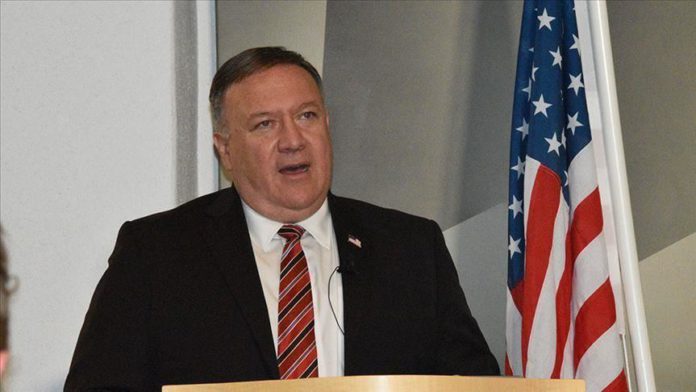 Secretary of State Mike Pompeo insisted Thursday the US has formally begun the process to snap back international sanctions on Tehran after the UN dismissed Washington’s action.

Pompeo said should a Security Council member introduce a resolution to continue sanctions relief on Iran under the 2015 nuclear accord Tehran struck with world powers, “the U.S. will oppose it.”

“If no resolution is introduced, the sanctions on Iran will still return on September 20. That’s how UNSCR 2231 works,” he said on Twitter.

The US push to “snapback” sanctions on Iran has been met with stiff resistance inside and outside the council. All of the Joint Comprehensive Plan of Action’s (JCPOA) remaining participants dispute the US’s standing to trigger the mechanism because of President Donald Trump’s May 2018 decision to unilaterally leave the pact.

Washington maintains it still has the authority as a signatory to the Security Council resolution that endorsed the deal, a view shared by none of the other P5+1 powers, the EU or Iran, which all signed the deal.

But Djani dismissed the move Tuesday, citing a lack of consensus within the council on the US’ standing to do so.

“It is clear for me that there is one member that has a particular position on the issues, while there are significant numbers of members who have contesting views,” Djani said after being pressed to comment on the matter by the Russian and Chinese ambassadors during a virtual council meeting.

The notifications Pompeo delivered were intended to start a 30-day countdown for the sanctions’ reimposition.

Gunter Sautter, Germany’s deputy envoy to the UN, welcomed Djani’s finding during a convening of the Security Council, and slammed what he said was the “purported notification” delivered by Pompeo, calling it “in legal terms, null and void.”

“The United States is no longer a JCPOA participant and therefore the United States cannot activate the snap back mechanism,” he said. “Any decision and action, which would be taken based on this procedure or on its possible outcome would also be devoid of any legal effect.”

Earlier in August, the US attempted to pass a resolution in the body that would have extended a UN arms embargo on Iran, which is set to expire Oct. 18 under the 2015 nuclear agreement.

The push received only the support of the US and the Dominican Republic, in the 15-member international body. All other nations either abstained or voted in opposition as the US then moved to reimpose sanctions, which would have also extended the embargo.

Speaking during Tuesday’s virtual council session, US envoy Kelly Craft said “it is Russia and China that revel in this council’s dysfunction and failure.”

“It is Iran who celebrates its newfound leverage over the free nations of the world,” she said. “I only regret that other members of this council have lost their way, and now find themselves standing in the company of terrorists.”