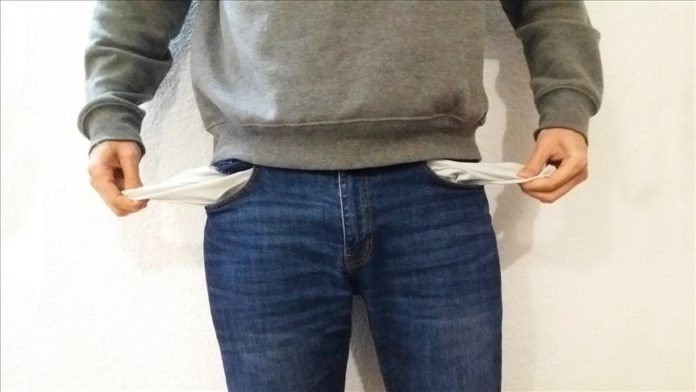 The number of Americans filing first-time unemployment claims rose by 23,000 from last week to 885,000, according to Labor Department data released Thursday.

The states of California, Illinois and Kansas saw the highest rises in claims, while Georgia, Minnesota and Texas posted major declines.

While the US Federal Reserve continues its monetary accommodation to support the world’s largest economy, Fed Chair Jerome Powell said Wednesday the central bank will continue its asset purchasing to provide liquidity for the markets to avoid further slowdown.

US lawmakers continue their negotiations over the much-anticipated relief bill worth more than $900 billion, and aim to pass it in the Congress before Dec. 26 when millions of unemployed Americans lose their benefits.

With the Fed keeping interest rates at historically low levels, and more liquidity expected in the markets, the US dollar index, which measures the value of the greenback against a basket of currencies, was down 0.7% to $89.81 at 8.40 a.m. EDT (1340GMT) on Thursday.

Near-zero interest rates and low borrowing costs in the US led investors to turn their attention to precious metals and cryptocurrencies.

Bitcoin passed the $20,000 historical threshold on Wednesday to reach a record high level of $23,447 on Thursday.

US markets were headed Thursday for a higher opening with the Dow Jones, S&P 500 and Nasdaq futures up around 0.4% each.