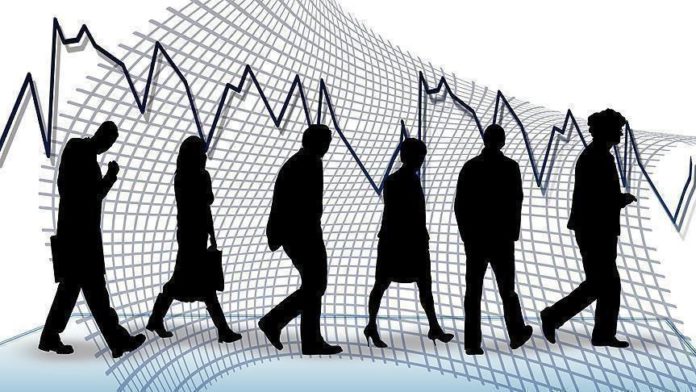 The number of Americans filing first-time unemployment claims fell by 75,000 from last week to 712,000, according to Labor Department data released Thursday.

The states of Illinois, Oregon and Colorado saw the highest rises in claims, while California, Michigan and Texas posted major declines.

While Americans await the much-anticipated relief bill from Congress, news of lawmakers restarting talks on a new $900 billion stimulus package pushed the dollar lower on concerns of more liquidity in the markets.

The dollar index, which measures the value of the greenback against a basket of currencies, was down almost 0.5% to $90.70 at 9 a.m. EDT (1400GMT), as it continues to lose value against the euro and British pound.

Investors have turned some of their interest to precious metals to take advantage of cheap prices, with gold up 0.3% to $1,836 per ounce.

US markets are headed for a mixed opening Thursday with the Dow Jones and Nasdaq futures remaining in positive territory, but the S&P 500 on the negative side.

Crude oil prices were mixed as Saudi Arabia-led OPEC and Russia-led non-OPEC countries will decide later Thursday if the 23-nation group known as OPEC+ will extend a production cut agreement into 2021 or lower output.

The group is anticipated to lower crude production cut levels by 0.5 million barrels per day for each of the first three months of next year, which would bring total output from the current 7.7 million to 6.7 million by March 31.