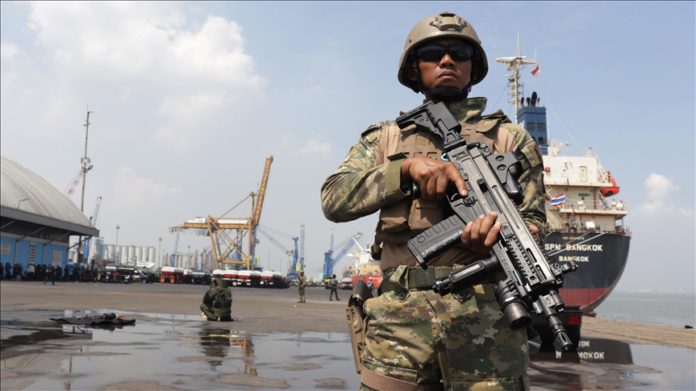 Hundreds of US army troops have arrived in South Sumatra, Indonesia to take part in a joint military exercise on Aug. 1-14.

According to a statement by the Indonesian army on Monday, more than 4,500 military personnel from both countries will take part in the drill which will be the largest joint military exercise between the two states in history.

Brig. Gen. Tatang Subarna, spokesman for the Indonesian army, said the joint exercise this year will see participation of 2,246 Indonesian soldiers and 2,282 US army personnel.

Subarna said they will take part in exercises for staff, field training, fire, medicine, and aviation.

The drill will be held separately and simultaneously in three combat training areas, including Baturaja in Palembang, Amborawang in Kutai Kartanegara, and Makalisung in North Sulawesi, according to the spokesman.

Subarna said 300 US troops arrived in Palembang on Saturday.

“All US Army personnel will arrive in Palembang by tomorrow with a total of five planes, while soldiers who will train in Amborawang and Makalisung will arrive today by one aircraft each,” he added.

The drill comes amid an escalating battle for influence in the South China Sea between the US and China after Beijing expelled Washington’s warship from its territorial waters in the disputed sea earlier this month.

During a special meeting of ASEAN-US foreign ministers on July 13, the US reaffirmed its stance against Beijing’s attempt to dominate the South China Sea.

US Secretary of State Antony Blinken highlighted Washington’s rejection of China’s “unlawful” maritime claims in the South China Sea and reiterated that it stands with the Southeast Asian claimants in the face of Chinese “coercion.”

Turkish exports break records in June, first half of year