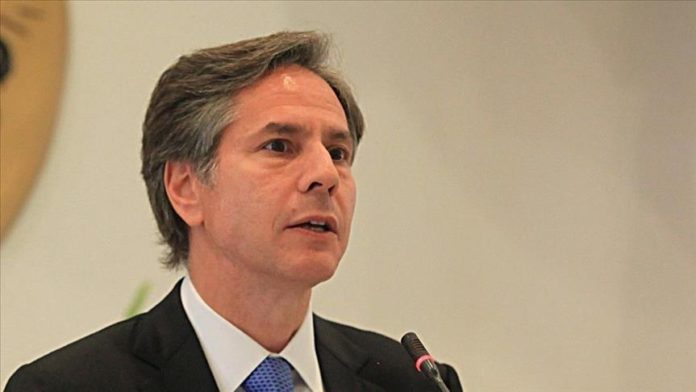 During their telephone call, “Secretary Blinken expressed concern over the military coup and the importance of rule of law and the democratic process in Burma,” State Department spokesman Ned Price said in a statement, describing Myanmar as an issue “of mutual concern.”

The US uses “Burma” to refer to the country of Myanmar.

“The Secretary and the Minister also discussed regional developments, including the value of U.S.-India cooperation across the Indo-Pacific. Both sides look forward to expanded regional cooperation, including through the Quad, and to address the challenges of COVID and climate change,” Price added.

The quad refers to an informal strategic forum involving the US, India, Japan, and Australia.

The call between the top diplomats comes one day after US President Joe Biden and Indian Premier Narendra Modi held their first conversation since Biden assumed office Jan. 20, also using that conversation to discuss the situation in Myanmar.

The coup took place hours before what was supposed to be the first session of the country’s new parliament following last November’s elections in which Suu Kyi’s NLD made sweeping gains. The military justifies the seizure of power due to what it says was “voter fraud” in the polls, a claim rejected by UN Secretary-General Antonio Guterres.

Protesters have carried out four straight days of demonstrations against the military’s power grab, defying the Tatmadaw’s warning of legal action on public gatherings.

Hundreds of thousands of anti-coup protesters rallied in Yangon, Mandalay and Nay Pyi Taw, the three largest cities, and other jurisdictions on Tuesday, demanding an end to military rule and the restoration of democracy.