TurkishPress
Home News US: Hundreds gather to back Turkish soldiers in Idlib 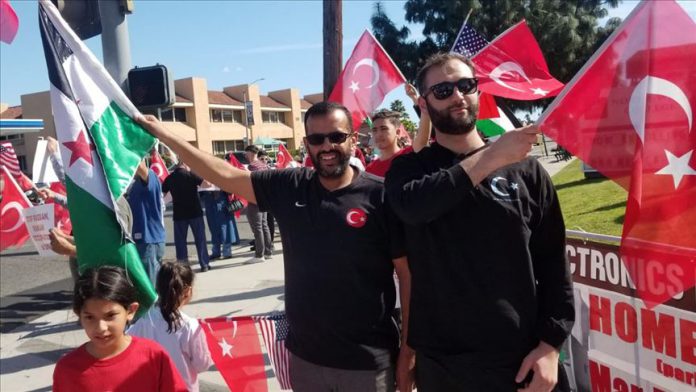 Hundreds of Turks, Syrians and American Muslims living in Los Angeles held a solidarity demonstration for Turkish soldiers in Idlib, northwestern Syria, where they are working to protect local civilians under a 2018 deal with Russia.

The event was organized in Anaheim city — part of the Los Angeles metropolitan area — by the Turkish-American National Steering Committee (TASC), TURCA Association and the Syrian-American Coalition (SAC).

Demonstrators were carrying Turkish, American and Syrian flags in their hands, as wells as banners that read “We support Turkey”, “End Assad’s massacre” and “End Russian and Iran’s occupation in Syria”.

Read more: US: Hundreds gather to back Turkish soldiers in Idlib