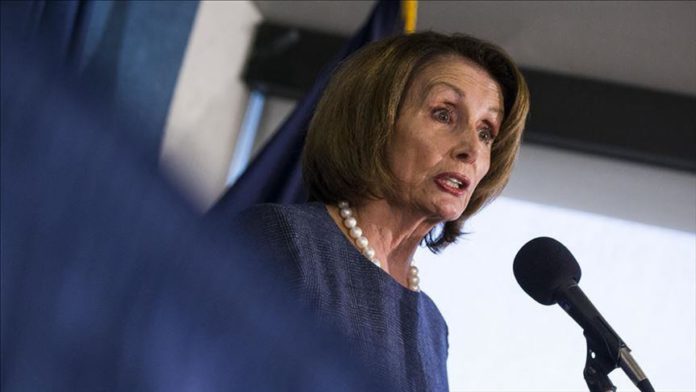 US House Speaker Nancy Pelosi on Thursday described the death of George Floyd as “murder” — a black man who was filmed pinned down by a white police officer.

“To watch Mr. Floyd be murdered in a video at a time when we’re all so sad to begin with – it’s always tragic. It has always been tragic. But there we saw it on TV and being murdered on TV,” Pelosi said on Capitol Hill.

She said the Congressional Black Caucus and the House Judiciary Committee are planning to “take action so that this stops.”

But police claim he resisted arrest. One of the officers kneeled on his neck, despite Floyd’s repeated pleas: “I can’t breathe.”

“We saw a murder take place before our very eyes,” said Pelosi. “And so the fact that the police officers were fired, that’s one thing. But there has to be some justice in all of this.”

Floyd’s family said they want the officers charged with murder.

The phrase became a rallying point for protesters demonstrating against the killings of unarmed black men and women by police. It has continues to resonate nearly six years later.

US stock market higher as metals up 2%