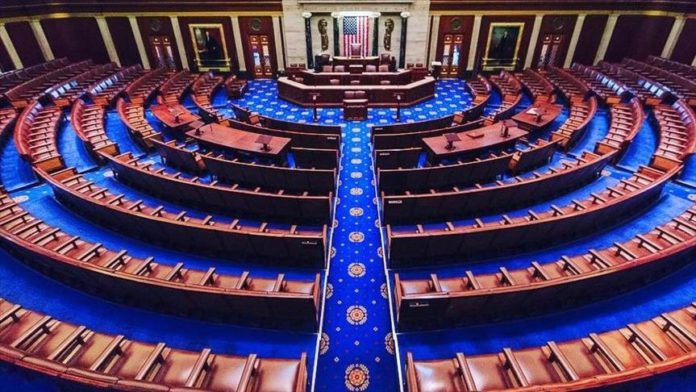 The US House of Representatives has passed two immigration bills that would pave the way for citizenship for millions of undocumented immigrants in the country.

The American Dream and Promise Act was passed Thursday as nine Republicans joined the Democrats in a vote of 228 to 197. If approved by Senate, the proposal would allow more than 2.3 million “Dreamers” — undocumented migrants — who came to the US as minors, as well as beneficiaries of temporary humanitarian programs, to gain permanent legal status.

Applicants would be eligible to apply for permanent residence if they enrolled in a bachelor’s program for two years or earned a degree, served in the US military for at least two years, or worked in the country for three years.

In a separate vote, the House also passed the Farm Workforce Modernization Act which is set to grant legal status to hundreds of thousands of farmworkers who live in the country. While one Democrat voted against the bill, this time 30 Republicans voted in favor.

“Today, @HouseDemocrats voted to honor their contributions to our country and their pursuit of the American Dream by passing the Dream and Promise Act,” Pelosi continued.

On the farm workforce bill, she said: “Throughout the pandemic, farmworkers risked their lives to feed America. Today’s passage of the Farm Workforce Modernization Act honors their labor and is a testament to the truth that immigrants are the constant reinvigoration of our nation.”

Emboldened by the Biden administration’s potential lenient policies for immigrants, an unprecedented number of people from Latin and Central American countries have flooded to the US border, according to border patrol agents who have a gag order to avoid providing any information to the media without official permission to do so from the White house.