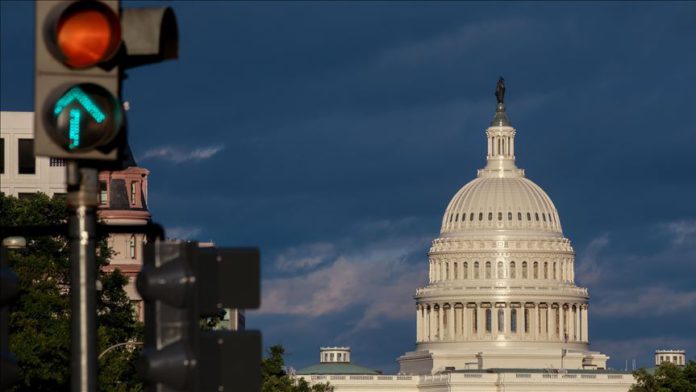 The US House of Representatives passed legislation Wednesday calling for sanctions against officials in China responsible for human rights abuses in the country’s western region of Xinjiang.

The latest move to strengthen the US stance toward China came nearly two weeks after the Republican-controlled Senate approved the bill to condemn Beijing over the country’s treatment of the Uyghur community and other Muslim minority groups.

The legislation, titled the Uyghur Human Rights Policy Act of 2020, now heads to the “Resolute desk” for President Donald Trump’s signature or veto.

The legislation came hours after Secretary of State Mike Pompeo certified to Congress that Hong Kong is no longer autonomous from mainland China, opening the door to changes of its treatment under American law.

Relations between Washington and Beijing have recently worsened over the coronavirus pandemic, which has killed more than 100,000 people and infected nearly 1.7 million others in the US.

Washington blames Beijing for the pandemic, saying it could have been stopped at the source, and accuses it of hiding information from the world related to the virus.

Up to a million people, or about 7% of the Muslim population in Xinjiang, have been incarcerated in an expanding network of “political re-education” camps, according to US officials and UN experts.

In a report last September, Human Rights Watch accused the Chinese government of a “systematic campaign of human rights violations” against Uyghur Muslims in Xinjiang.

According to the 117-page report, the Chinese government conducted “mass arbitrary detention, torture and mistreatment” of Uyghur Turks in the region.

US capital to begin phase 2 of reopening next week