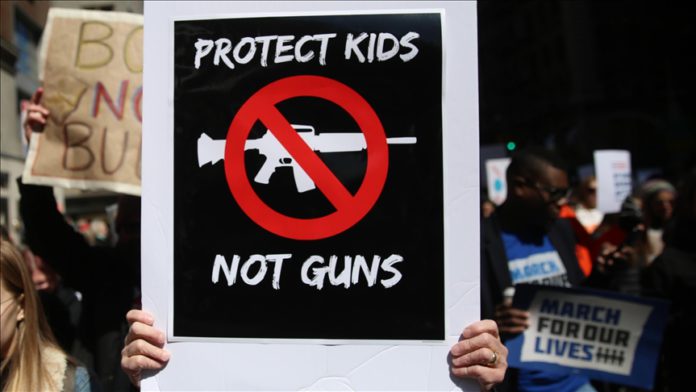 Both bills focus on expanding background checks for gun sales.

The first measure, the Bipartisan Background Checks Act of 2021, cleared the chamber 227-203. Despite its name, only eight Republicans lent their support to the bill, which seeks to end longstanding loopholes that allow people to buy firearms at gun shows and on the internet without first being subject to a background check.

The second bill was approved with far less Republican support. The Enhanced Background Checks Act saw only two Republicans join Democrats in voting for approval. It expands the number of days given to authorities to carry out a background check.

Currently, the “Charleston loophole” allows the sale to proceed if the check has not been completed within three business days. The timeframe envisioned by the bill increases the number to 10.

“I am emotional today for the families and friends of the Emanuel Nine, several of who were my constituents. They have been waiting for years to see the ‘Charleston loophole’ closed,” Congressman Jim Clyburn said on Twitter, referring to the victims of the shooting at the Mother Emanuel AME Church.

In denouncing the bills, Republican Congressman Jim Jordan said Democrats are “making it harder for law-abiding citizens to buy a gun.”

The fate of the bills in the Senate is uncertain.

While Democrats command a thin majority in the House, their hold on the Senate is even more fraught, with it being divided evenly along party lines, and Vice President Kamala Harris wielding a tie-breaking vote.

Borsa Istanbul down at weekly open