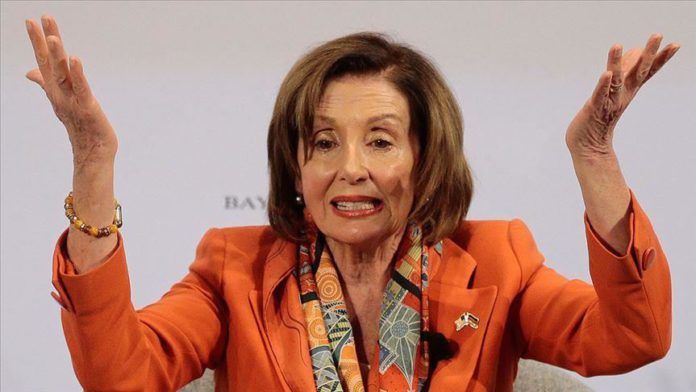 Democrats in the House of Representatives announced Friday they will advance plans to create a commission that would assess a president’s mental and physical fitness for office, and potentially remove him or her.

House Speaker Nancy Pelosi sought to distance the legislation from US President Donald Trump, whose health has been a matter of speculation after he announced he contracted COVID-19 last week. But the top Democrat acknowledged that his rigorous treatment opens the door to additional questions.

“This is not about President Trump. He will face the judgment of the voters,” Pelosi told reporters at the Capitol. “But he shows the need for us to create a process for future presidents.”

The commission would not be established temporarily, and would instead be a permanent institution within Congress whose duties would be focused on the 25th Amendment, which allows for the vice president to become the acting president if the commander-in-chief “is unable to discharge the powers and duties of his office.”

Congressman Jamie Raskin, a constitutional expert who is authoring the bill to establish the commission, said it would require votes in the House and the Senate to direct the 17-member panel to conduct a medical exam of a president to ascertain their mental and physical health.

“If the president refuses, and the president would have a right to refuse, that could be taken into account by the commission, which would have to rule based on all the other evidence that it has,” he said.

Raskin’s bill is almost certainly doomed to failure with Senate Majority Leader Mitch McConnell reportedly dismissing it as “absurd” during remarks to reporters in Kentucky.

Trump was quick to respond to the move, claiming that Pelosi wanted to replace Democratic presidential nominee Joe Biden with his running mate Sen. Kamala Harris.

“Crazy Nancy Pelosi is looking at the 25th Amendment in order to replace Joe Biden with Kamala Harris. The Dems want that to happen fast because Sleepy Joe is out of it!!!” Trump tweeted.

Rocket lands in vicinity of US Embassy in Baghdad