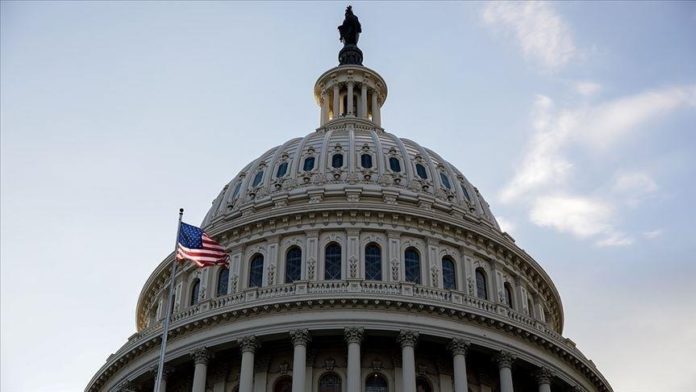 Democrats in the House of Representatives passed a bill on Wednesday that could become a major overhaul of the US election law.

For the People Act, also known as House Resolution 1, was passed with a 220-210 vote with one Democrat joining unanimous Republican opposition. It is now sent to the Senate where it is expected to be strongly opposed by GOP members.

Viewed as a modernization of the US voting system, it also aims to expand early voting, and increase access to the ballot box by creating automatic voter registration across the country.

“The 2020 election underscored the need for comprehensive, structural democracy reform,” Rep. John Sarbanes, a Democrat from Maryland who first introduced the legislation, said in a statement.

“Americans across the country were forced to overcome rampant voter suppression, gerrymandering and a torrent of special-interest dark money just to exercise their vote and their voice in our democracy,” he added.

Democrat Rep. Nikema Williams, a new congresswoman from Georgia, said the bill “will put a stop at the voter suppression that we’re seeing debated right now.”

House Minority Leader Kevin McCarthy, on the other hand, said: “Democrats want to use their razor-thin majority not to pass bills to earn voters’ trust, but to ensure they don’t lose more seats in the next election.”