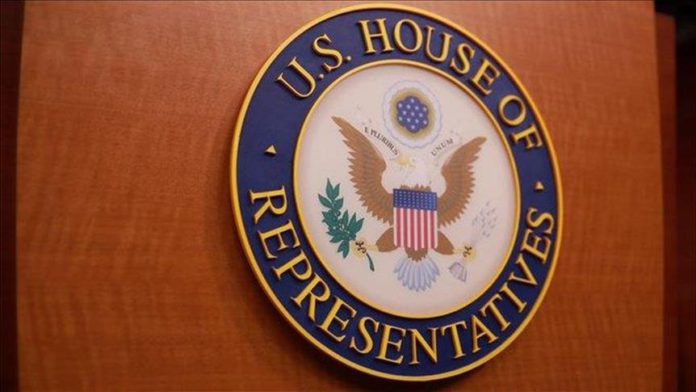 The House of Representatives began impeachment proceedings Wednesday that put US President Donald Trump on the verge of becoming the first president to be impeached twice.

Trump was formally impeached by the House in 2019 in a case that drew no Republican support, but his imploring of supporters last week to “fight like hell” right before they stormed the US Capitol has brought several of his fellow partisans to lend their support.

Among them is the chamber’s number three Republican, Liz Cheney, who said the outgoing president “assembled the mob, and lit the flame of this attack.”

“There has never been a greater betrayal by a President of the United States of his office and his oath to the Constitution,” she said.

In addition to Cheney, Republicans Jaime Herrera Beutler, John Katko, Adam Kinzinger, and Fred Upton have said they will vote to impeach Trump. In all, about 20 are expected to lend their support during a vote later Wednesday.

The House is currently weighing one article of impeachment that accuses Trump of attempting to foment insurrection for his role in last week’s deadly siege of the Capitol.

Addressing a rally of his supporters assembled less than 2 miles from the federal legislature Jan. 6, Trump touted his claims that the Nov. 3 presidential election was stolen, telling the crowd they must “stop the steal” as lawmakers prepared to certify Electoral College votes that would eventually cement President-elect Joe Biden’s victory.

“Our country has had enough, and we will not take it anymore,” he told the gathering, many of whom later flooded the Capitol as lawmakers were certifying results. “We will stop the steal.”

In all, five people died when his supporters besieged the US Capitol building, overrunning police as they barged into Congress. Among the dead was Capitol Police officer Brian Sicknick.

Lawmakers are currently in the midst of a debate, but the impeachment is near certain to be approved by the chamber and move to the Senate for adjudication that could begin later this week.

Senate Majority Leader Mitch McConnell reportedly believes Trump committed impeachable offenses with his remarks to supporters. His belief was first reported by the New York Times and then corroborated by several news outlets, marking a potential threat to Trump to resign or face Senate proceedings, potentially without McConnell’s protection.

Trump would be the first president in US history to be convicted on impeachment charges if the proceedings lead to his removal. McConnell has yet to publicly address the reports.