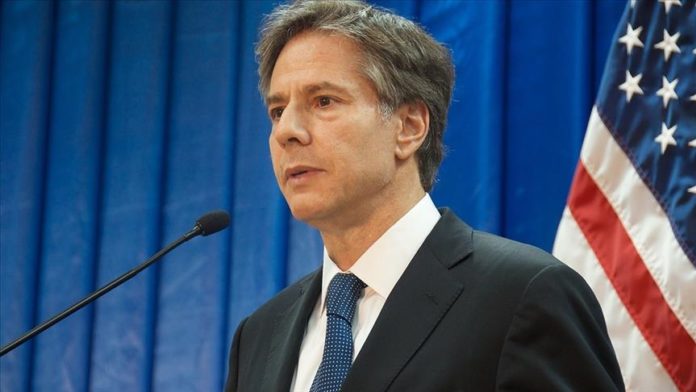 The US on Monday marked International Women’s Day by honoring women from 15 countries for exemplifying courage, including Turkey’s Canan Gullu.

Secretary of State Antony Blinken said the women honored by the US “have endured violence, death threats, imprisonment and police harassment, because of their work.”

“They deserve our support and recognition,” he said during a State Department ceremony. “They remind us of something we should never forget: that it is often women who lead the charge for human rights, democracy and justice, including in places where women hold much less than half of the political, economic and social power.”

Gullu, a woman’s rights activist and the head of Turkey’s Federation of Women Associations of Turkey (TKDF), was honored for her work in the country, including her efforts to oppose Turkey’s withdrawal from the Istanbul Convention.

Turkey was the first country to ratify the human rights treaty. It seeks to prevent violence against women, including domestic violence, and bring an end to legal impunity for perpetrators.

David Satterfield, the US envoy to Turkey, hailed Gullu as a leading women’s rights activist, saying “she reminds all women of Turkey that they are not alone.”

“Her concrete actions support her kind-hearted words,” he said. “Thank you, Ms. Gullu for exemplifying exceptional courage and leadership in advocating for human rights, women’s equality and social progress.”

Other International Women of Courage award recipients include Iranian chess player Shohreh Bayat, whose safety the Iranian Chess Federation refused to guarantee after she was photographed while not wearing a hijab, Chinese lawyer Wang Yu who was arrested after taking on politically-sensitive cases, and Myanmar’s Phyoe Phyoe Aung who works in conflict resolution.

In addition, seven Afghan women were given an honorary award after being assassinated in the country while working in their communities.