TurkishPress
Home News US has no other option but to remove all sanctions: Iran’s president 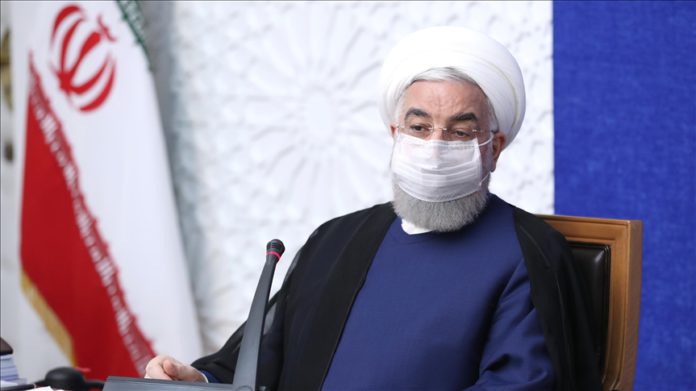 The US has no other option than lifting all sanctions on Iran, which violate the 2015 nuclear deal with world powers, Iranian President Hassan Rouhani said Monday.

Meeting with Iran’s judiciary chief Ebrahim Raisi and the head of the Iranian Shura Council, Iran’s Parliament Speaker Mohammad Bagher Ghalibaf, Rouhani said US authorities had acknowledged the failure of their maximum pressure policy against Iran.

“The US administration’s acknowledgment that the sanctions failed is a new victory for our country. Americans today have no other choice but to lift all sanctions that violate the nuclear deal,” he added.

In the past several weeks, Iran and other signatories to the deal, officially known as the Joint Comprehensive Plan of Action (JCPOA), have been engaged in marathon negotiations in the Austrian capital Vienna to revive the accord.

Former President Donald Trump unilaterally withdrew the US from the agreement in 2018 and reimposed sweeping sanctions it had agreed to lift under the deal and imposed new ones in the hope that the penalties would bring Iran back to negotiations for what Trump hoped would be a “better” deal.

Iran resisted his efforts and instead stepped away from the nuclear restrictions it agreed to under the accord as regional tensions between the US and the Islamic Republic soared.

The JCPOA is an agreement on the Iranian nuclear program reached in Vienna on July 14, 2015 between Iran and the P5+1, comprising the five permanent members of the UN Security Council — China, France, Russia, the UK and the US — plus Germany together with the European Union.