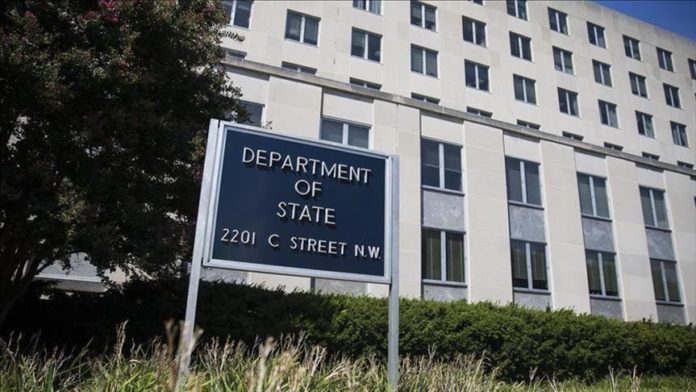 Secretary of State Mike Pompeo discussed with his Greek counterpart the “urgent need” to soothe tensions in the Eastern Mediterranean, the State Department said Friday.

Pompeo met with Nikos Dendias earlier in the day in Vienna, Austria during his ongoing tour of Europe.

Tensions have been mounting in the region after Athens’ controversial new maritime pact with Egypt. Greek defense sources announced joint military drills Thursday in the Eastern Mediterranean along with France, that has sought to hem in Turkey’s maritime territory.

The exercise, which includes two French Rafale fighter jets, was conducted off the island of Crete after France announced Wednesday it would beef up military presence in the region.

France’s decision came after President Emmanuel Macron and Greek Prime Minister Kyriakos Mitsotakis had a telephone call to discuss the latest situation in the region.

France said Thursday it was sending two Rafale fighter jets and the naval frigate Lafayette to the Eastern Mediterranean.

The drills follow Turkey resuming energy exploration in the Eastern Mediterranean on Monday, just after the signing of the Greek-Egyptian maritime pact, which Turkey called illegal.

Turkish President Recep Tayyip Erdogan warned Thursday that anyone responsible for a prospective attack on a Turkish vessel engaged in energy exploration along Turkey’s continental shelf in the region would pay dearly.