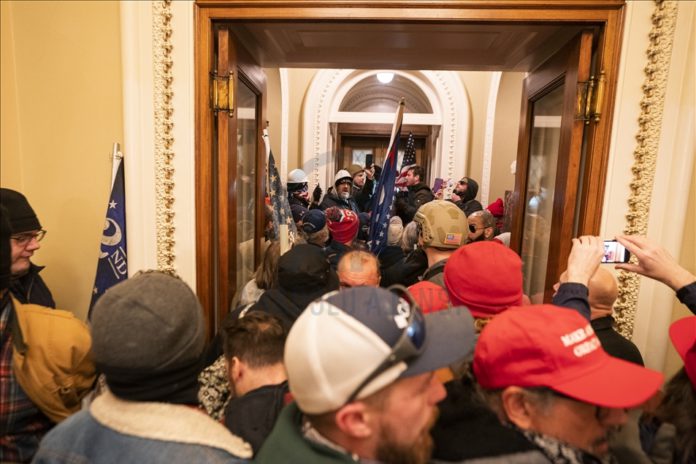 Pennsylvania Governor Tom Wolf on Wednesday called the storming of the US Capitol by President Donald Trump’s supporters “an attempted coup.”

US President Donald Trump’s supporters gather outside the Capitol building in Washington D.C., United States on January 06, 2021. Pro-Trump rioters stormed the US Capitol as lawmakers were set to sign off Wednesday on President-elect Joe Biden’s electoral victory in what was supposed to be a routine process headed to Inauguration Day. ( EPA/ Jim Lo Scalzo – Anadolu Ajansı )

“What we’re seeing today is not democracy—it’s an attempted coup. We had a free and fair election,” Wolf said on Twitter.

“The results were clear. Republicans from Pres. Trump to PA legislative leaders need to stop the disinformation and tell their supporters the truth before there’s further violence,” he wrote.

Hundreds of Trump’s supporters clashed with police during an apparent attempt to storm the Capitol building.

The incident happened minutes after Vice President Mike Pence announced that he rejected Trump’s demand that he interfere in Congress’s counting of Electoral College votes, just minutes before lawmakers were set to convene in a rare joint session.

Brussels: EU could give Turkey more funds for refugees

Turkey to use robots in defense sector