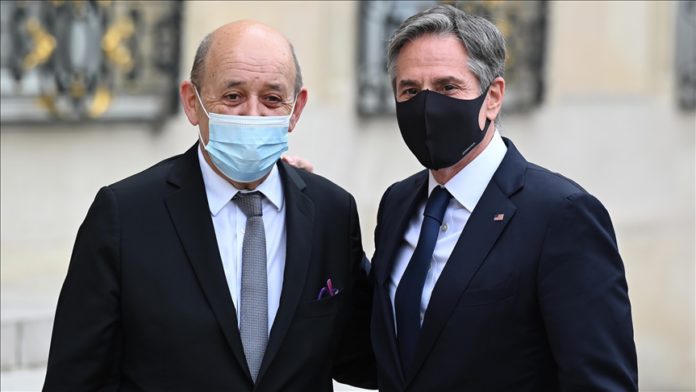 The US and French ambassadors to Beirut are scheduled to arrive Thursday in the Saudi Arabian capital of Riyadh to discuss the crisis in Lebanon.

The American Embassy in Lebanon said the visit by Dorothy Shea, and her French counterpart, Anne Brillo, follows a June 29 trilateral meeting between US Secretary of State Antony Blinken, French Foreign Minister Jean-Yves Le Drian and Saudi Foreign Minister Faisal bin Farhan on the sidelines of a G20 conference in Italy.

It said Shea will discuss the deteriorating economic situation in Lebanon and will emphasize the importance of providing aid to the Lebanese people as well as the Lebanese army and security services.

Shea will “continue to develop trilateral diplomatic strategy focused on government formation and the imperative of undertaking urgent and essential reforms that Lebanon so desperately needs,” it added.

The French Embassy said Brillo “will explain how urgent it is that Lebanese officials form a credible and effective government to work on implementing necessary reforms.”

Lebanon is stuck in the formation of a new government amid differences between Prime Minister-designate Saad Hariri and President Michel Aoun.

Since October 2019, Lebanon has been experiencing a severe economic crisis and a deterioration in living conditions, the worst for Lebanese since a five-year civil war ended in 1990.

A massive blast last August at the Port of Beirut, which left at least 200 dead and thousands injured, made the already fragile situation even worse.