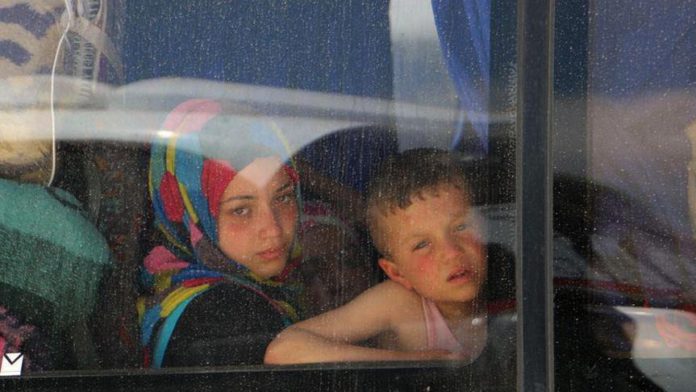 The US, France, Germany, Italy and the UK said Monday they will not abandon the Syrian people and are committed to reinvigorating the pursuit of a peaceful solution.

“Today marks ten years since the Syrian people peacefully took to the streets calling for reform. The Assad regime’s response has been one of appalling violence,” said the nations’ top diplomats.

They said the Syrian regime and its backers must engage in a political process and allow humanitarian assistance to reach communities in need.

More than half of the population, nearly 13 million Syrians, depend on humanitarian assistance and millions of Syrian refugees are hosted generously by Turkey, Jordan, Lebanon, Iraq and Egypt, said the statement.

Turning to Syria’s forthcoming presidential election, the nations said it would not be “free,” or “fair.”

“Any political process needs the participation of all Syrians, including the diaspora and the displaced, to enable all voices to be heard,” they said.

They also said impunity is unacceptable and they would firmly continue to press for accountability for the most serious crimes in the conflict-hit country.

“Clear progress towards an inclusive political process and an end to the repression of the Syrian people is essential. We cannot allow this tragedy to last another decade,” the statement concluded.

In March 2011, the people of Syria, inspired by events in Egypt and Tunisia, rose up against the Bashar al-Assad regime and demanded political reforms and freedoms.