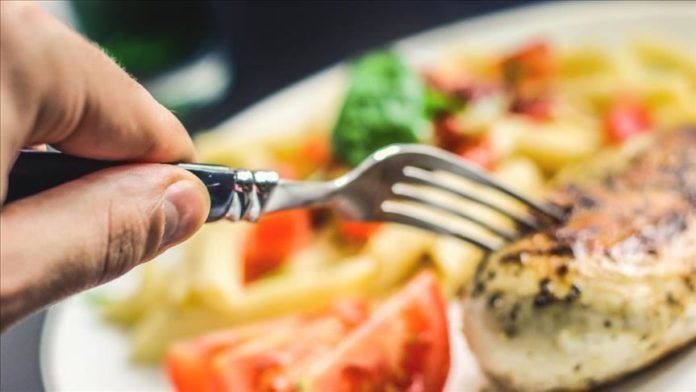 Spring is traditionally a time for harvest, but across American farms, there is a startling phenomenon of food being left to waste as livestock have been euthanized en masse, ripe produce destroyed, and fresh milk poured down drains.

The reason? The coronavirus pandemic.

The outbreak has caused widespread closures of businesses including restaurants, hotels and education systems, keeping people at home and away from one another and causing an economic crisis that has not been seen since the Great Recession of 2008-2009.

Joblessness is skyrocketing, throwing tens of millions of people into economic uncertainty and causing sprawling lines at food banks as people desperately seek their next meal.

At the same time, food producers whose goods would normally be sold to industry distributors, hoteliers and school systems are not only left without their usual economic markets but are saddled with a food distribution network that cannot be quickly changed to other buyers such as grocery stores, which are having difficulties keeping shelves stocked as Americans cook nearly all their meals at home.

Rabobank, a Dutch financial services company with a strong global footprint in agriculture, said the pandemic’s effects on the North American food sector are without modern precedent.

“Agriculture is suffering from severe interruptions to traditional consumption patterns, which has resulted in dislocation within and along the food supply chain,” the firm said in its April agribusiness review published earlier this month.

“Supply chains have operated on a just-in-time model, and even minor disruptions can have significant consequences. For example, empty grocery store shelves are not an issue of supply, but demand. In other words, there is no lack of food in the supply chain, but demand has shifted to retail, causing widespread disruptions in the food and agriculture supply chain.”

The result has been massive waste on America’s farms.

Dairy Farmers of America, a marketing cooperative, has estimated that farmers are dumping as much as 3.7 million gallons of milk each day, according to multiple reports.

Making matters worse, agricultural labor that was already problematic before the outbreak has become even more so during the pandemic as workers either stay home sick or do not come to their job site for fear of becoming infected.

Rabobank found “several” meat processing plants that were forced to halt operations due to labor shortages, and facilities operating under more stringent health protocols are being faced with resulting “bottlenecks in the meat supply chain.”

Two million chickens were euthanized at Allen Harim Foods, a chicken producer with flocks under contract in Delaware and Maryland, after it was unable to process the animals due to labor shortages.

That pattern could be replicated at plants across the Delmarva peninsula, which encompasses parts of Delaware, Maryland and Virginia, the Delmarva Poultry Industry trade association warned earlier this week.

“Because of reduced attendance, meat processing companies may need to make the difficult choice to humanely depopulate animals on farms instead of transporting them to plants with reduced processing capacity,” Holly Porter, the group’s executive director, said in a statement cited by the New York Times.

“One chicken company on Delmarva took this step earlier this month,” she added, referring to Allen Harim Foods.

Porter did not immediately return a request for comment from Anadolu Agency.

Pre-pandemic, Americans were estimated to waste between 30%-40% of their food supply, according to the US Food and Drug Administration.

That is a staggering amount of food that ends up in landfills rather than the dinner table, especially when prior to the coronavirus outbreak, there were estimated to be 42 million Americans who lived in households considered by the Environmental Protection Agency to be food insecure.

That means those households did not have reliable access to nutritious food.

And the number is certain to tick markedly higher, with jobless claims expected to exceed 30 million over the past six weeks when the Labor Department reports its latest jobs data Thursday morning.

But with American agribusinesses having to take measures to protect their solvency and with a food distribution network that cannot easily pivot from supplying the food service industry to grocery stores, there is no quick remedy to the US’s mounting food waste problem.

In the second half of March alone, Rabobank estimated restaurant sales dropped 65%. That would be a gut-wrenching blow to any industry, let alone one with such high volatility and razor-thin profit margins.

The restaurant industry, which employs about 15.6 million nationally, was estimated by the National Restaurant Association business group to have $899 billion in sales this year.

Exemplifying the coronavirus’ rippling economic devastation on the agricultural side, the shift from supplying the food service industry to retail has hammered food prices “in most sectors,” Rabobank warned.

It said even as the US federal government injects trillions of dollars into the economy in a bid to triage the devastation, the prospects for recovery are far from certain.

“COVID-19 is like the Great Depression in that it will affect an entire generation’s behavior, government policy priorities, foreign relations, and trade,” it said, forecasting a staggering 31% dip in US GDP during the second quarter of the year that will only be marginally offset by a 14% gain the following quarter.