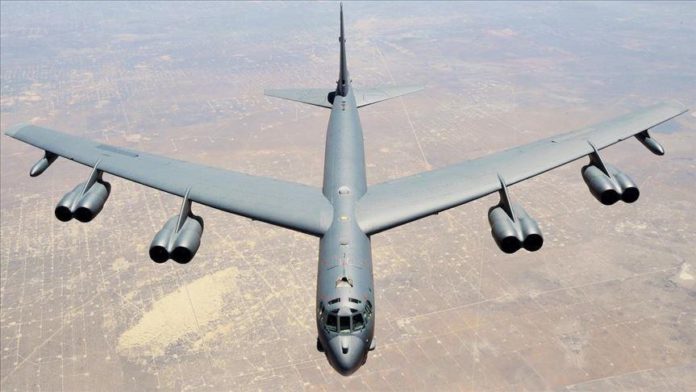 The US flew two B-52 “Stratofortress” bombers in the Middle East on Wednesday in a warning sign likely intended for Iran.

In announcing the “clear deterrent message,” US Central Command did not specify to whom the display of force was intended, saying only it applies “to anyone who intends to do harm to Americans or American interests.”

The deployment of the bombers from the US is the third such action in the past 45 days, according to the Pentagon. It comes amid heightened tensions between the US and Iran that have been at a fever pitch since US President Donald Trump opted to unilaterally withdraw Washington from a landmark nuclear accord with Tehran in 2018.

The countries found themselves on the verge of a conflict that would have likely enveloped the region earlier this year when Trump chose to assisinate a key Iranian general in Iraq in January.

“The United States continues to deploy combat-ready capabilities into the U.S. Central Command area of responsibility to deter any potential adversary, and make clear that we are ready and able to respond to any aggression directed at Americans or our interests,” said Central Command Commander Gen. Frank McKenzie.

“We do not seek conflict, but no one should underestimate our ability to defend our forces or to act decisively in response to any attack,” he added.