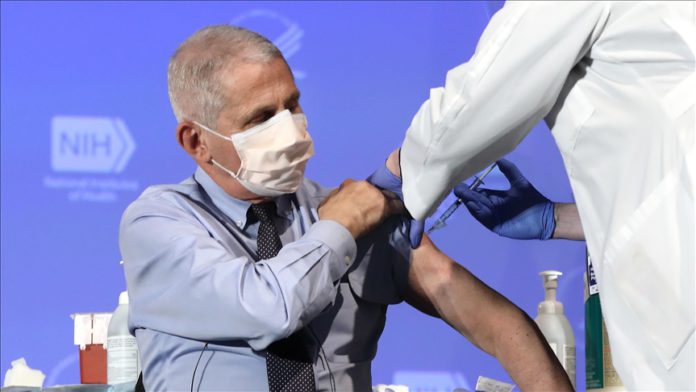 Dr. Anthony Fauci, the nation’s leading infectious disease expert, said Thursday the US effort to rollout COVID-19 vaccines to Americans has so far been lackluster.

About 12.4 million doses of the vaccines have been distributed to states while just 2.8 million people have received the first of two doses of the vaccine, according to data from the US Centers for Disease Control and Prevention. That is far short of the 20 million President Donald Trump’s team had hoped would have been administered by year’s end.

“Obviously, it didn’t happen, and that’s disappointing,” Fauci, who sits on Trump’s coronavirus task force, said during an interview on the Today television program.

The US is currently in the midst of distributing two vaccines — one from Pfizer-BioNTech and another from Moderna — as it grapples with record numbers of COVID-related deaths and cases. On Tuesday 3,744 people lost their lives to the disease while roughly 229,000 others were confirmed to be infected, according to data from Johns Hopkins University.

During the course of the pandemic, over 19.8 million people have contracted the novel coronavirus in the US while 343,818 individuals have lost their lives.

China blasts US over bill to protect Uighur rights