TurkishPress
Home Americas US & Canada US: Fauci allowed to testify before Senate panel 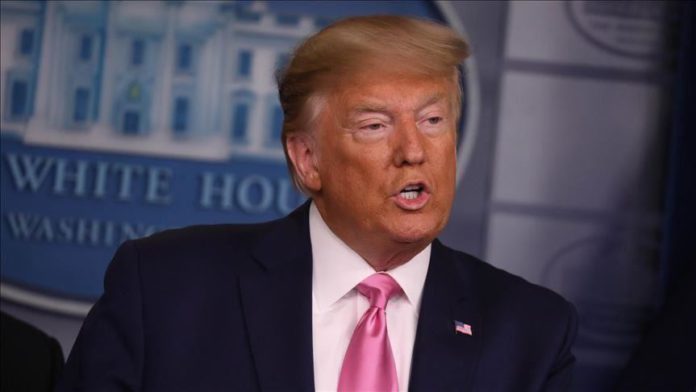 America’s foremost infectious disease expert will be allowed to testify before a Senate panel, US President Donald Trump said Tuesday.

The president previously blocked Anthony Fauci from appearing before a committee in the Democratic-controlled House of Representatives, with the White House saying at the time it would be “counter-productive” to have the expert appear when his efforts are badly-needed in the anti-coronavirus fight.

He is now being allowed to testify before the Republican-held Senate, and breaking with the White House’s official messaging, Trump claimed his appearance before the House would have been “a setup.”

“The House is a bunch of Trump haters. They put every Trump hater on the committee. The same old stuff. They, frankly, want our situation to be unsuccessful, which means death,” he told reporters before departing Washington for the state of Arizona where he will visit a mask-making company.

Fauci, a key member of the White House coronavirus task force, is seen as a reliable source of information on the virus, which has killed nearly 70,000 people in the US. His remarks at the White House podium and in appearances on cable news television shows have repeatedly clashed with comments made by the president.

Reports have indicated his Senate testimony could occur next week.

The US continues to be the country worst-hit by the coronavirus pandemic with nearly one-third of all confirmed cases worldwide, or 1.18 million positive tests.

An internal Centers for Disease Control and Prevention (CDC) report leaked Monday to the media warned the US could experience as many as 3,000 daily deaths by June with daily cases reaching 200,000 by the end of the month.

The White House has sought to distance itself from the projection, saying it “is not reflective of any of the modeling done by the task force or data that the task force has analyzed.”