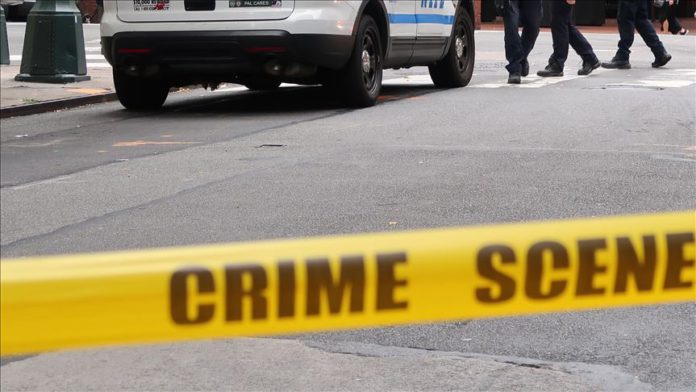 The mother of a healthcare worker who was fatally shot in her home by police has filed a wrongful death suit against the three officers involved.

Breonna Taylor, a 26-year-old emergency medical technician (EMT) in Louisville, Kentucky, was shot at least eight times in her apartment while police were executing a search warrant on her residence.

The Louisville Metro Police Department says the officers were attempting to carry out a narcotics-related search warrant when they entered Taylor’s apartment in the early morning hours of March 13.

Taylor and her boyfriend, Kenneth Walker, were inside when the plainclothes officers used a battering ram on the apartment’s front door to force their way into her residence, according to Taylor’s legal team.

Taylor and Walker were sleeping at the time and believed “their house was being invaded,” Ben Crump, one of the attorneys representing Taylor’s family, said during a virtual press conference held Wednesday.

Officers and Walker, who Crump said is a licensed gun owner, then exchanged fire with one officer being struck. The lawsuit alleges Walker thought the residence was being broken into when he opened fire in self-defense, saying he called 911 at the time.

Crump said officers shot 25 to 30 rounds into the apartment from multiple positions including windows, the front door and patio doors, describing the gunshots as “a volley of bullets from every direction.”

“They had a right to try to protect themselves against a home invasion. In fact, they called 911. Kenny, who is a licensed registered gun owner, in an attempt to protect his castle, to protect his woman, and protect himself, got his gun, and as they came through the front door he shot,” Crump said, referring to Walker.

“Kenny and Breonna believed that they were committing a home invasion, and don’t African-Americans have a right to the Second Amendment?” he added, referring to the constitutional article enshrining the American right to bear arms.

Police initially claimed the officers announced themselves before entering, but a copy of the search warrant obtained by the local WAVE 3 television news channel shows they requested, and were granted, a “no-knock warrant” by a judge.

The warrant, obtained by WAVE 3 News, lists Taylor and two other men, Adrian Orlandes Walker and Jamarcus Glover, who were under suspicion of drug trafficking. It says Glover, who was arrested separately before the fatal shootout, was using Taylor’s address to ship drugs to in an effort to conceal the shipments.

The Taylor family’s wrongful death lawsuit was filed in late April, but Crump, who has represented several high-profile cases including the one ongoing regarding the shooting death of Ahmaud Arbery, announced this week he would be representing Taylor’s family.

Walker, Taylor’s boyfriend, has been charged with attempted murder of a police officer.