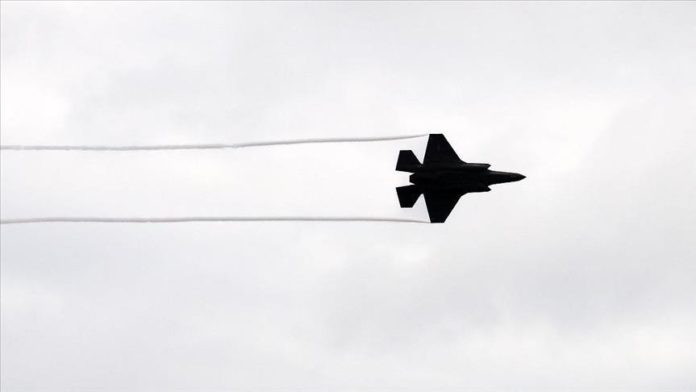 An F-35 warplane belonging to the US military crashed on the deck of an aircraft carrier in the South China Sea, leaving seven people injured, the US Navy said on Monday.

The pilot safely ejected, the statement said, adding the pilot is stable and was recovered by a military helicopter.

“There were seven total Sailors injured,” the US Navy said about Monday’s incident.

Three US Sailors were flown to a medical treatment facility in Manila, Philippines, the statement said, adding Four were treated by on-board medical personnel.

“Additional details and the cause of the inflight mishap is under investigation,” it said.

The incident came a day after the US Navy Carrier Strike Groups, led by their flagships CVN 70 and USS Abraham Lincoln (CVN 72) began dual carrier operations in the South China Sea on Sunday.

Besides ships and aircraft of the two carrier strike groups, around over 14,000 sailors and marines will conduct coordinated surface and air operations in a complex maritime environment to “demonstrate the US Indo-Pacific Command Joint Force’s ability to deliver a powerful maritime force”, according to Defense Visual Information Distribution Service.

“Operations like these allow us to improve our combat credible capability, reassure our allies and partners, and demonstrate our resolve as a Navy to ensure regional stability and counter malign influence,” said Rear Adm. J.T. Anderson, commander, Carrier Strike Group (CSG) 3.

Earlier this month, South Korea grounded its entire fleet of the aircraft after one of its units had faced malfunction that forced an emergency landing.

Last October, a nuclear-powered US submarine USS Connecticut hit an unidentified object in the South China Sea which resulted in injuries to at least a dozen of its crew.