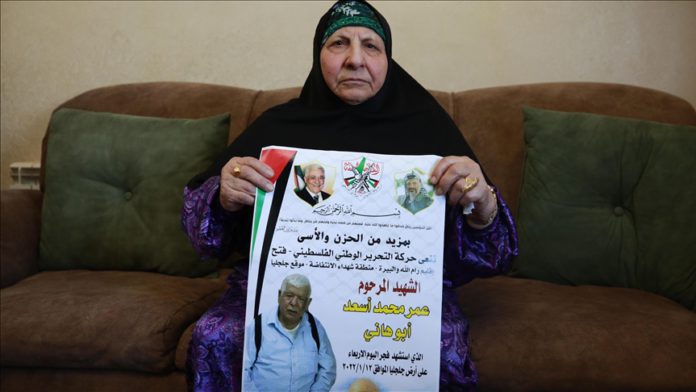 The US said Tuesday that it expects a thorough criminal investigation and full accountability in the case of an elderly Palestinian-American who was found dead after being detained by Israeli forces during a raid in the occupied West Bank.

In a statement, State Department spokesman Ned Price said the US continues to be “deeply concerned by the circumstances” of the death of 80-year-old Omar Abdulmajeed Asaad.

“We continue to discuss this troubling incident with the Israeli government,” said Price.

Asaad was found dead on Jan. 12

Fuad Fattoum, the head of the municipal council in the village of Jaljulia, told Anadolu Agency last month that Asaad, who is from the village, died after being held and assaulted by the Israeli army.

He said soldiers stormed the village and detained Asaad after beating and handcuffing him. The soldiers then withdrew, leaving the elderly man lying on the ground inside a house under construction, where he died.

“We convey, again, our deepest sympathies and condolences to the family of Mr. Assad. The Department of State has no higher priority than the safety and security of US citizens abroad,” Price added.