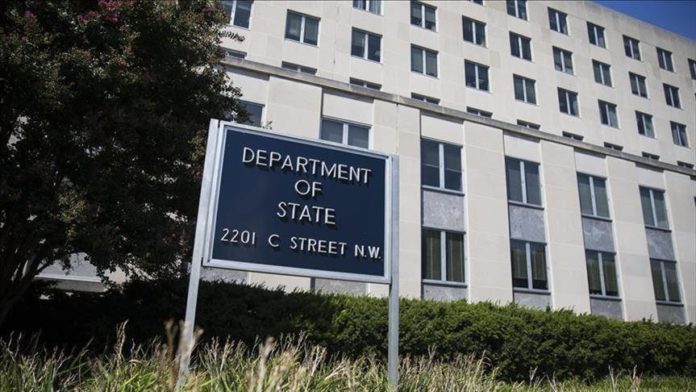 The Biden administration is expanding the categories of Afghan nationals eligible for resettlement in the US due to the Taliban’s sweeping offensive, the State Department announced on Monday.

The State Department did not directly specify how many people would now be eligible for US resettlement under the “Priority 2” expansion, but said in a statement that it would be “many thousands of Afghans and their immediate family members who may be at risk due to their U.S. affiliation.”

“The U.S. objective remains a peaceful, secure Afghanistan,” the department said. “However, in light of increased levels of Taliban violence, the U.S. government is working to provide certain Afghans, including those who worked with the United States, the opportunity for refugee resettlement to the United States.”

The announcement comes just days after the first plan evacuating Afghan refugees landed at a military base in Virginia with some 221 Afghans on board. They will remain at Fort Lee, near the city of Petersburg, to complete medical checks and the final stages of their visa processes before being resettled.

About 2,500 Afghans will be relocated to Fort Lee, while others will be sent to third-party countries and other US facilities abroad to complete their visa processes as part of what the Biden administration calls Operation Allies Refuge.

There had been about 20,000 Afghan direct applicants for the SIV program, and the total number of people seeking resettlement under the previous eligibility requirements is much higher when their family members are included. Some estimates place that figure closer to 100,000.

The effort to resettle Afghan refugees comes ahead of Biden’s deadline to withdrawal all American troops from Afghanistan in a process that is expected to be completed by the end of August.​​​​​​

No letup in coronavirus deaths in Brazil, Mexico