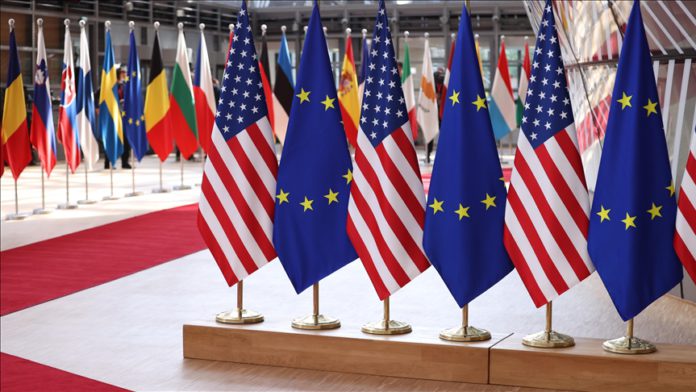 US President Joe Biden and European Union (EU) leader Ursula von der Leyen pledged on Friday to ensure Europe’s and Ukraine’s energy security as the allies brace for potential fallout from a Russian re-invasion of Ukraine.

“The United States and the EU are working jointly towards continued, sufficient, and timely supply of natural gas to the EU from diverse sources across the globe to avoid supply shocks, including those that could result from a further Russian invasion of Ukraine,” Biden and von der Leyen said in a joint statement.

The US is Europe’s largest supplier of liquefied natural gas, and the presidents said they are working within additional governments and firms to diversify Europe’s natural gas sources.

A senior administration official who briefed reporters on Tuesday said the US is engaged in talks with international partners in Asia, the Middle East and North Africa to supply Europe with additional natural gas in the event that Russia invades Ukraine.

The comments come as the US and EU warn Russia has amassed well over 100,000 troops on its border with Ukraine, and has buildup its forces in neighboring Belarus, which is just to the north of the fellow former soviet Republic.

In both cases, Russia maintains its forces are positioned for routine exercises, and denies preparing for an invasion.

Russia in 2014 annexed Ukraine’s Crimean Peninsula in a move that has never been met with international recognition, and which has been decried by Ukraine and much of the global community as illegal. That year also saw Russia begin its support for separatist rebels in eastern Ukraine, a policy it has maintained for the past eight years.

In response to Russia’s actions, NATO enhanced its presence in the eastern bloc, with four multinational battalion-size battlegroups deployed to Estonia, Latvia, Lithuania, and Poland on a rotational basis.

US to establish consulate in Western Sahara, Morocco