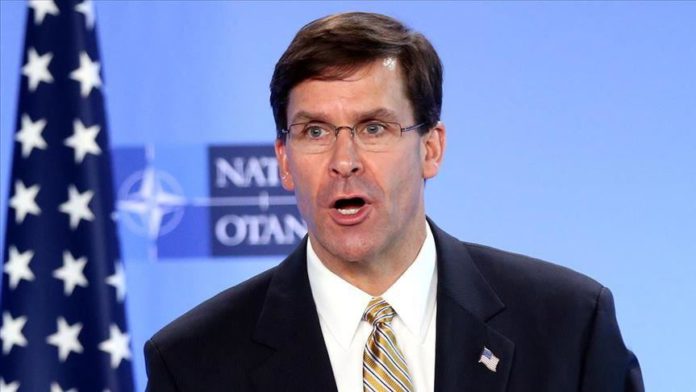 “Most believe” a devastating bomb blast that rocked the Lebanese capital “was an accident,” Defense Secretary Mark Esper said Wednesday after US President Donald Trump claimed it was an attack.

Addressing the virtual Aspen Security Forum, Esper said he is “still getting information on what happened” in Beirut, and did not elaborate on his comments about the explosion’s origins.

But he said the Pentagon is preparing to deploy US aid as Lebanon grapples with the devastating repercussions.

“We’re positioning ourselves to provide them with whatever assistance we can, humanitarian aid, medical supplies, you name it, to assist the people of Lebanon. It’s the right thing to do,” Esper said.

Trump claimed Tuesday the tragedy was a bombing rather than an explosion, saying it was the appraisal offered to him by US generals.

Asked if he was confident in his assessment the blast was an attack and not an accident, Trump said “it would seem like it, based on the explosion.”

“I met with some of our great generals, and they just seem to feel that it was. This was not some kind of a manufacturing explosion type of event,” he said. “They would know better than I would, but they seem to think it was an attack, it was a bomb of some kind.”

A fire at a warehouse containing explosives at the Port of Beirut led to the massive blast on Tuesday, causing damage in several neighborhoods in the capital.

Lebanese President Michel Aoun cited ammonium nitrate as the source of the explosion which leveled a three-story building and was heard across the city and its suburbs.

The Supreme Defense Council in Lebanon declared Beirut a disaster-stricken city and announced a state of emergency in the capital for two weeks.

The explosion deepens the woes of the Mediterranean country as it grapples with one of its worst economic crises and, like much of the world, is battling the coronavirus pandemic.