TurkishPress
Home Americas US & Canada US: Esper disagrees with Trump on Insurrection Act 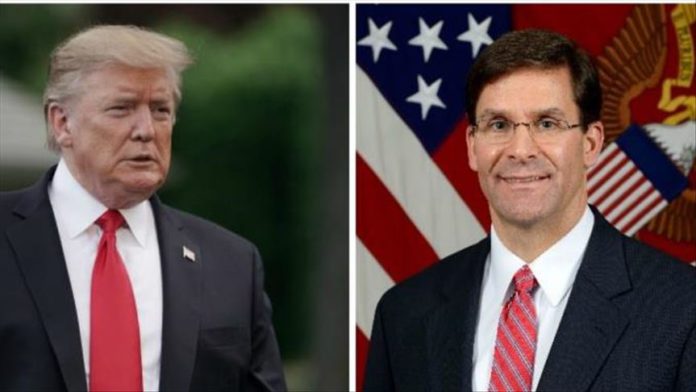 US Secretary of Defense Mark Esper said Wednesday he does not support President Donald Trump’s proposal to invoke the Insurrection Act to quell George Floyd protests across the country.

“The option to use active duty forces in a law enforcement role should only be used as a matter of last resort, and only in the most urgent and dire of situations. We are not in one of those situations now. I do not support invoking the Insurrection Act,” he said during a briefing at the Pentagon.

Trump said Monday he is ready to send in military troops to end violent protests in the wake of the death of Floyd, an unarmed black citizen who was killed by police in Minneapolis, Minnesota.

The president was referring to the Insurrection Act of 1807, a federal law that empowers the president to deploy military troops in particular circumstances, such as to suppress civil disorder, insurrection and rebellion.

The nation has been in the grip of protests since last week when a video went viral showing Floyd being pinned down by Derek Chauvin, a white police officer, as he was being arrested. Chauvin knelt on his neck for nearly nine minutes.