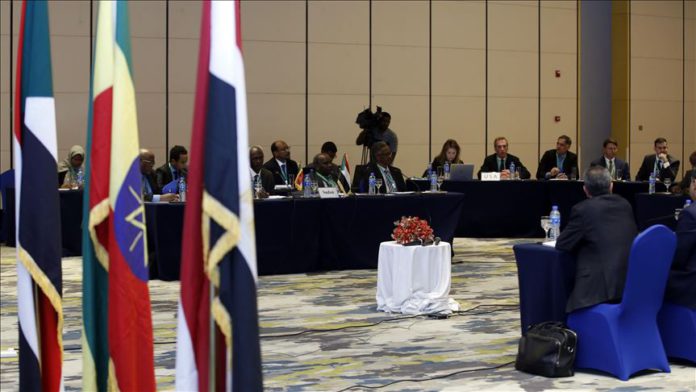 The ambassadors expressed concerns about escalating tensions between Ethiopia and Egypt regarding the use of Nile River waters and construction of a dam, according to local broadcaster FANA.

“The GERD talks are entering a critical phase, and we urge the United States to embrace neutrality and support genuine mediation, which is the best way to advance our interests and to ensure security and stability in the region,” FANA quoted the letter.

“The perception—rightly or wrongly—that the United States has sided with Egypt in the negotiations will limit our ability to support efforts aimed at reaching a settlement,” the letter said. “Pressure on Ethiopia or suspension of multilateral or bilateral assistance will harden positions and make compromise more difficult.”

The letter has been submitted to US Undersecretary for Political Affairs David Hale.

US-sponsored talks between the three nations stalled last February after US Treasury Secretary Steven Mnuchin authored a document which was characterized by Ethiopia as lopsided and in favor of Egypt.

Following Ethiopia’s withdrawal from the talks, Mnuchin issued a notice that said Ethiopia should not start filling its dam on the Nile before an agreement was reached — a comment that propelled Ethiopia’s Foreign Minister Gedu Andargachew to equate with “interference.”

A fresh round of negotiations commenced June 9 between the three countries, with South Africa as current African Union Chair, the EU and US as observers. But after seven meetings on a virtual platform, negotiations once again stalled.

Ethiopia is sticking to plans to fill the $5 billion hydro dam in July so the Horn of Africa country that is a source to 85% of Nile waters can hold 4.9 billion cubic meters of water during the current rainy season, thereby making it able to test two turbines next year.

The 74 billion cubic meters capacity GERD will have a capacity of generating 6,475 Mega Watts of electricity at full capacity in the non-water-consumptive hydro scheme.