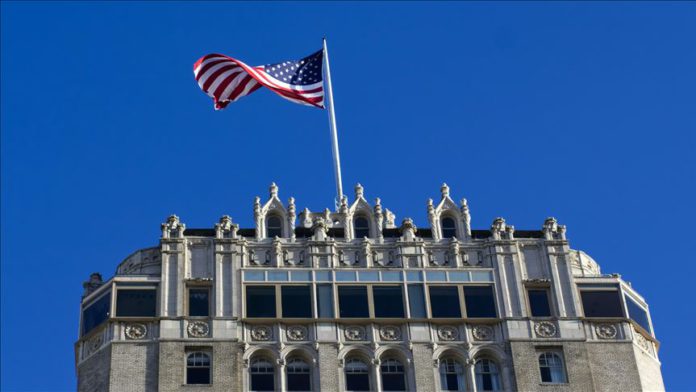 The US shares international concerns about a nuclear arms race, and it wants China to come to the negotiating table with the US and Russia, Washington’s ambassador to the UN Conference on Disarmament in Geneva said Thursday.

Ambassador Robert Wood spoke to journalists in a virtual news conference organized by the Geneva Association of UN Correspondents (ACANU).

He outlined US priorities ahead of an upcoming meeting in New York of the UN committee that deals with disarmament activities singling out concerns around Russia and China in the “new era of arms control.”

“Over the last 10 years, the United States has tried to lessen the need for nuclear weapons in its overall strategic doctrine,” asserted Wood. “Unfortunately, that wasn’t matched by Russia and China.”

“We now have to confront two giant hegemonic powers that have nuclear weapons and are authoritarian in their nature.”

So, the US is trying to bring Russia and China to the table to have a trilateral arms negotiation to deal with strategic nuclear weapons and new systems that Russia is developing.

“Both China and Russia are boosting their nuclear capabilities,” he said.

Responding to a question by Anadolu Agency on the global threat of a nuclear arms race, Wood said: “China needs to come to the table, it is the third-largest nuclear power in the world. It provides very little transparency to its nuclear program.

“We expect China’s nuclear stockpile is going to double over the next decade,” he said.

Washington is very concerned about this and is, therefore, insistent that China comes to the table.

“What we don’t want to see is a three-way arms race.

“And so we have been appealing not only to China but also to China’s friends and others in the international community to try to persuade them to sit down at the table with us and have a trilateral arms control negotiation,” said Wood.

Such talks would deal with strategic nuclear arms, non-strategic atomic arms, and other issues regarding “nuclear doctrines” to forge “norms of responsible behavior to build trust.

“The concerns about both Russia and China weaponizing outer space is of great concern. And so, we’ve got to start somewhere.”

Russia and China developing anti-satellite systems are of concern to countries that want a peaceful commercial use of the space environment.

He said the US wants a discussion at the UN Convention on Certain Conventional Weapons, which is also talking about what is happening around fully autonomous weapons or killer robots, which some groups want to ban.

“We have to be careful not to try to outlaw systems that don’t yet exist. And we don’t want to impact on the commercial viability of the technology,” said Wood, while admitting care is needed.

“It’s very important that we support new technologies because they do, in many ways, provide what we believe to be interesting and useful instruments for commercial endeavor.”

Turkey’s Borsa Istanbul down at closing