TurkishPress
Home News US envoy to UN urges Israel to refrain from demolitions, evictions in... 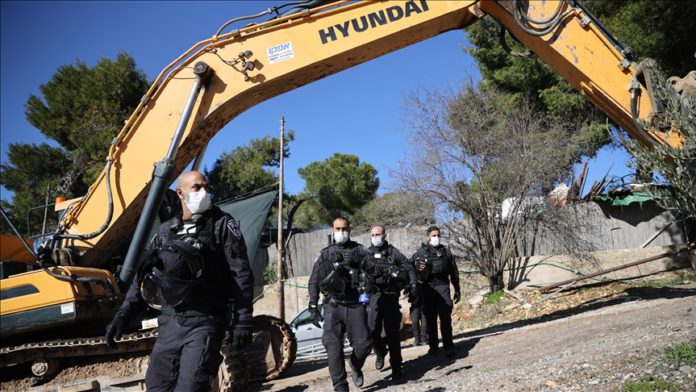 The US envoy to the UN urged Israel on Wednesday to refrain from evictions in the Sheikh Jarrah neighborhood of occupied East Jerusalem.

Linda Thomas-Greenfield said at a UN Security Council briefing that Israel and Palestine should abstain from unilateral steps for progress, which she said would exacerbate tensions and undermine a two-state solution.

“That includes annexations of territory, settlement activity, demolitions, and evictions – like what we saw in Sheikh Jarrah – incitement to violence, and providing compensation for individuals imprisoned for acts of terrorism,” she said.

Israeli police went to the home of the Salhiyeh family before dawn, assaulted its occupants and demolished the house after a forced evacuation, family’s lawyer Walid Tayeh told Anadolu Agency.

The Salhiyeh family said they had been living in the home since 1948 after they were expelled from the Ein Karen neighborhood in West Jerusalem.​​​​​​​