TurkishPress
Home Americas US & Canada US envoy to China steps down: Pompeo 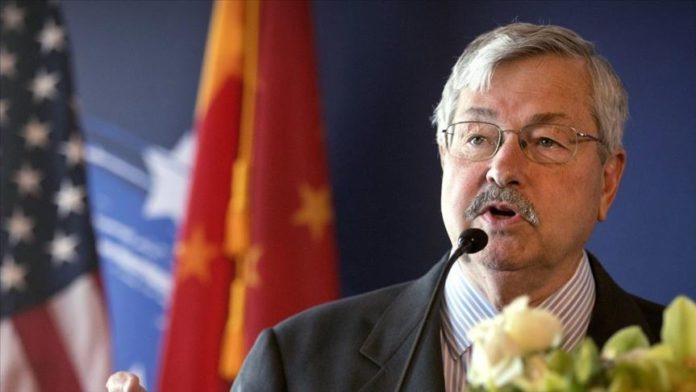 US ambassador to China Terry Branstad has stepped down amid worsening bilateral relations, the US secretary of state announced Monday.

“I thank Ambassador Terry Branstad for his more than three years of service to the American people as U.S. Ambassador to the People’s Republic of China,” Pompeo said on Twitter.

“President @realDonaldTrump chose Ambassador Branstad because his decades long experience dealing with China made him the best person to represent the Administration and to defend American interests and ideals in this important relationship.”

Praising Branstad’s contributions “to rebalancing U.S.-China relations so that it is results-oriented, reciprocal, and fair,” Pompeo said those “positive effects” will last on US foreign policy in the Asia-Pacific “for decades to come.”

He gave no further information about the reason for the departure, or who would be the successor.

Branstad was appointed to the post in 2016 due to his “long-time relationship” with Chinese President Xi Jinping, and the appointment was welcomed by the Chinese Foreign Ministry as an “old friend of the Chinese people.”

Reacting to the development, the Chinese Foreign Ministry, according to the state-run Global Times newspaper, said they had not received any notification in this regard.

Hostilities between the world’s two top economies have spread to multiple fronts, including trade, and academia.