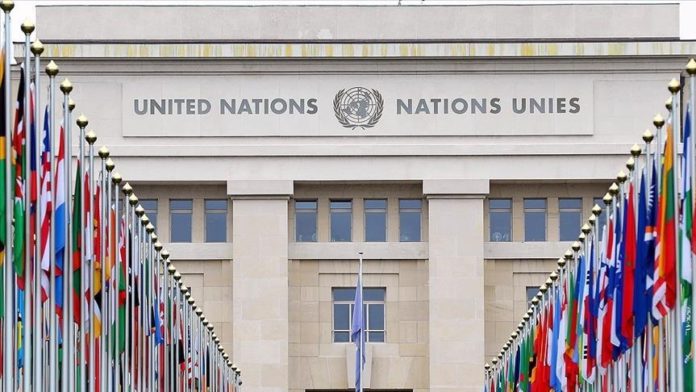 The US ambassador to the UN in Geneva raised concerns Monday about “human rights violations and abuses in the aftermath of a further invasion” of Ukraine by Russia, including targeted killings, kidnappings, and torture.

Ambassador Bathsheba Nell Crocker sent a letter to UN High Commission for Human Rights Michelle Bachelet saying: “I am writing you today with some urgency to express profound concern about the escalating situation in Ukraine.

“The United States is gravely concerned that a further Russian invasion of Ukraine would produce widespread human suffering.”

Ravina Shamdasani, a spokesperson for the human rights office, told Anadolu Agency her office had received “a letter on Monday.”

Crocker said in the letter that due to the human rights office mandate and its reporting presence in Ukraine, she wished to share this information “as an early warning that a further Russian invasion of Ukraine may create a human rights catastrophe.”

The envoy said she wanted to bring “disturbing information recently obtained” by the US to Bachelet’s attention, indicating that human rights violations and abuses in “the aftermath of a further invasion” are planned.

The first such invasion was in 2014, when Russia illegally took over Ukraine’s Crimean Peninsula.

“These acts, which in past Russian operations have included targeted killings, kidnappings/forced disappearances, unjust detentions, and the use of torture, would likely target those who oppose Russian actions,” said Crocker.

These include “Russian and Belarusian dissidents in exile in Ukraine, journalists and anti-corruption activists, and vulnerable populations such as religious and ethnic minorities and LGBTQI+ persons.”

Crocker said the US has credible information that indicates Russian forces are creating lists of identified Ukrainians to be killed or sent to camps following a military occupation.

“We also have credible information that Russian forces will likely use lethal measures to disperse peaceful protests or otherwise counter peaceful exercises of perceived resistance from civilian populations,” she wrote.

“We are deeply concerned about Russia’s continuing human rights abuses in the parts of Ukraine it already occupies and have every reason to believe those concerns will multiply following a new military offensive.”

Turkic Tatars have reported persecution by Russian authorities in Crimea since 2014.

Crocker said the US mission understands that in working for the protection of “all human rights for all people,” the Human Rights office “prioritizes addressing the most pressing human rights violations and abuses, particularly those that put life in imminent peril.”

Russia’s military buildup at Ukraine’s border has led to fears of an invasion, with the US saying one is likely imminent. Russia has denied any plans to invade and blamed the expansion of NATO and alleged Ukrainian provocation for the current tensions.

S.Korea:Deaths after flu shots rise with no proved link