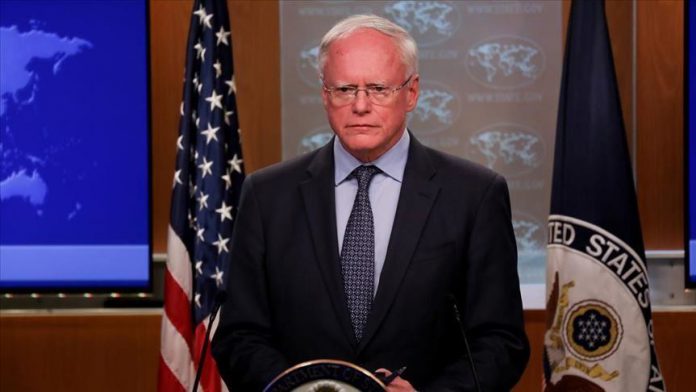 “The Turks also point out correctly that there is a large number, their estimate is 350,000, I don’t think it’s that far off, of Kurds who fled northeast Syria, some from Daesh, some, to be honest from the YPG/PYD,” James Jeffrey told reporters during a news conference at the end of the anti-Daesh coalition’s gathering of foreign ministers.