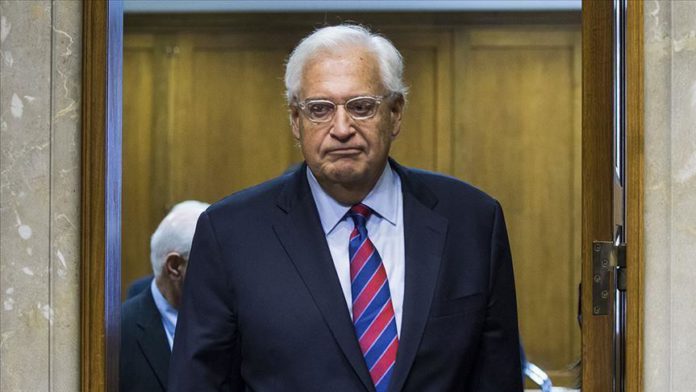 US Ambassador to Israel, David Friedman, has denied the cancellation of an Israeli plan to annex parts of the occupied West Bank.

In an interview with The Jerusalem Post newspaper on Wednesday, Friedman said the postponement of the Israeli annexation plan does not mean its cancellation.

The United Arab Emirates (UAE) said the annexation plan was forestalled under a US-brokered agreement with Israel to normalize their relations.

Israeli Prime Minister Benjamin Netanyahu, however, said in several occasions that the annexation plan was only postponed but not cancelled.

Meanwhile, the US envoy said if there is a sale of F-35 fighter jets to the UAE, the first planes will only arrive in the Gulf state in “six or seven years,”

Israeli Defense Minister Benny Gantz held talks on Tuesday with his American counterpart Mark Esper on the sale of F-35s to the UAE during his current visit to Washington.

The discussions also focused on maintaining Israel’s military superiority in the region, according to Israeli media.

Over the past years, Israel received 26 F-35 fighters from the US out of 50 being agreed to be delivered to Tel Aviv.