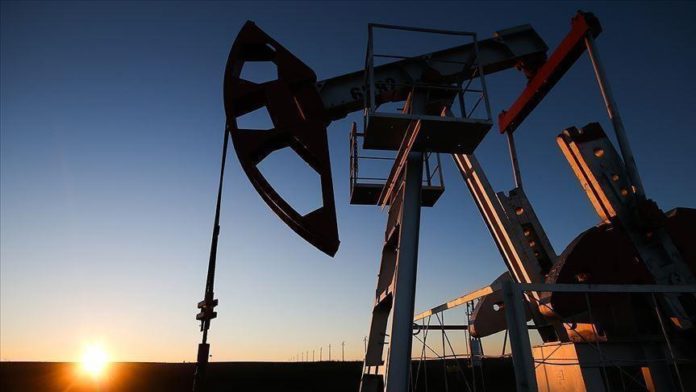 The US Energy Information Administration (EIA) revised up its forecast for global crude oil prices for 2021, the EIA announced Wednesday in its March Short-Term Energy Outlook (STEO).

International benchmark Brent crude is now estimated to average $65-$70 per barrel during March and April, over $10 per barrel more compared to the agency’s previous forecast.

Brent crude oil spot prices averaged $62 per barrel in February, up $8 per barrel from the December average and $9 per barrel more than the average in February last year, according to the EIA.

“Rising Brent prices in February continued to reflect expectations of rising oil demand as both COVID-19 vaccination rates and global economic activity have increased, combined with ongoing petroleum supply limitations by the Organization of the Petroleum Exporting Countries (OPEC) and partner countries (OPEC+),” the agency said.

Disruptions to petroleum supply from extreme winter weather in the US state of Texas put upward pressure on crude oil prices in February, the agency explained.

Brent crude oil prices will average $63 per barrel in the first half of 2021 but will decline to $58 per barrel over the remainder of the year as global oil supply is expected to surpass oil demand during the second half of 2021, the EIA said.

“However, the forecast depends heavily on future production decisions by OPEC+, the responsiveness of US tight oil production to higher oil prices, and the pace of oil demand growth, among other factors,” it added.

US crude output for 2021 revised up

The statistics agency revised up US crude oil production to average 11.1 million barrels per day (BPD) in 2021 compared to 11 million BPD in the previous STEO.

According to the agency, total world consumption of petroleum and liquid fuels will average 97.5 million BPD for all of 2021, marking a rise of 5.3 million BPD from 2020. However, this is down from the previous forecast of 97.7 million BPD.

The agency also estimated that global consumption next year would increase by 3.8 million BPD to an average of 101.3 million BPD.

4.3M people in US quit their jobs in December