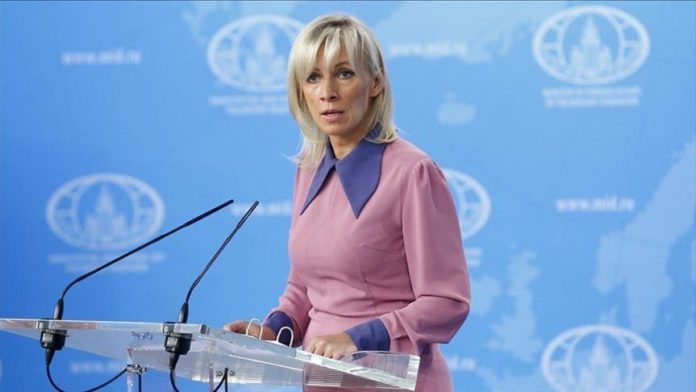 The US electoral system is “archaic” and “does not meet modern democratic standards”, the Foreign Ministry spokeswoman said on Thursday, adding that Russia considers the unrest in Washington an “internal affair” of the US.

Speaking to reporters in Moscow, Maria Zakharova explained the protests of Trump’s supporters in the US capital by the imperfections of the US electoral system.

“The US electoral system creates opportunities for numerous violations, and the American media have become a tool of political struggle. This is largely the reason for the split of society, which is now observed in the US.

“We wish the friendly American people to overcome this dramatic moment in their own history with dignity,” she said.

In a separate statement, Vyacheslav Volodin, the speaker of the Russian lower chamber of the parliament — the State Duma — said that after the recent events, the US cannot be considered an example of democracy.

“We are on the verge of a reassessment of the standards that are being promoted by the US, which is exporting its vision of democracy and party-political systems around the world. Those who like to refer to them as an example will also have to reconsider the views,” said Volodin.

The events in the US require serious analysis and evaluation, but it is already clear that the US political system is in a deep crisis, he added.

New York Governor Andrew Cuomo announced at the request of the US National Guard he is deploying 1,000 members of the New York National Guard to Washington, D.C. for up to two weeks.

Democratic and Republican lawmakers have unanimously condemned the assault on the Capitol by the people and called the riots a “coup”, “despicable act of terrorism” and “national embarrassment” in separate tweets and statements.