TurkishPress
Home News US elections: what does president-elect mean? 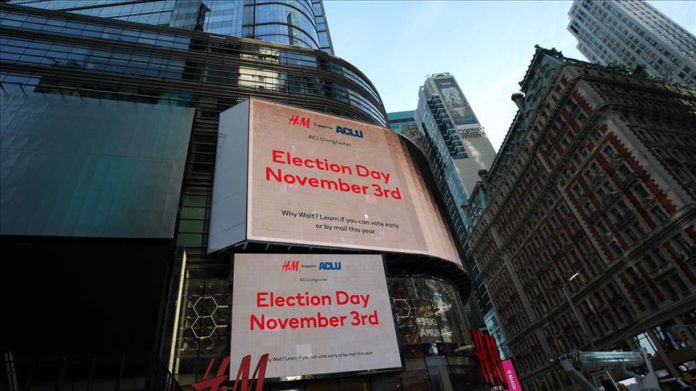 When Democratic nominee Joe Biden was projected to win the 2020 race for the White House by every major news organization, his title was quickly changed to president-elect.

The new mantle means Biden appears to have won the election, but has yet to take office. Biden will not do so until Jan. 20 when he is sworn-in as America’s 46th president in a ceremony that would normally draw hundreds of thousands to the nation’s capital.

With the coronavirus pandemic hitting new highs, however, it is unlikely the mass gathering will take place this year, though the ceremony will almost certainly go forward in one form or another.

Once it is completed, Biden will have officially assumed office and will formally be America’s commander-in-chief.

Until then, Biden will work on forming his cabinet and his transition team as outgoing US President Donald Trump vows legal action over so-far unsubstantiated allegations of widespread voter fraud.

Trump faces an uphill battle in changing the results of the election, and would need to have the outcome reversed in several key states in order to do so. He has vowed to go ahead with vote recounts in Georgia, Michigan and Pennsylvania, but the process rarely leads to a change in the declared victor.

The nonpartisan elections group FairVote found that statewide recounts only changed election results by roughly 430 votes. Biden has leads far beyond that in each of the states in which the Associated Press declared him the victor.

In Georgia, where his lead is narrowest, Biden is ahead by over 10,000 votes.