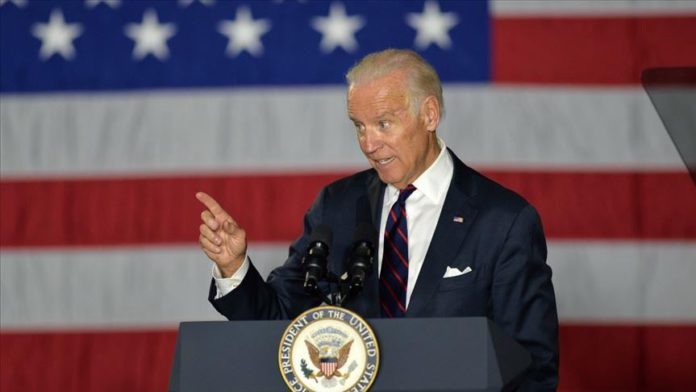 Democratic nominee Joe Biden is on the verge of winning the race for the White House Wednesday evening as Republican President Donald Trump mounts legal challenges in the hopes the courts can hand him a surprise victory.

Biden is currently just six projected delegates short of the 270 Electoral College votes either candidate needs to claim victory, according to The Associated Press. Should any of the five outstanding states land in his column, Biden could be declared the victor in the 2020 race.

The former vice president has flipped three states Trump won in 2016: Michigan, Wisconsin and Arizona, but Trump has vowed to demand a recount in Wisconsin and filed lawsuits to stop vote counting in Michigan and Pennsylvania. He has said he remains competitive in Arizona, despite The AP and Fox News calling the southwestern state for his opponent.

At 214 delegates, Trump remains viable in the race, but would need to pull off far more victories than Biden in order to surpass the 270 vote threshold.

Biden’s easiest path to victory lies in Nevada, whose six delegates would push him to 270. He is currently ahead by just 0.6% with 86% of votes counted there. State officials are expected to announce an update on those results at noon eastern time on Thursday.

Trump’s chances of winning have faded as key battleground states process the droves of mail-in ballots sent during the coronavirus pandemic. Many were not allowed to begin the process until Election Day under respective state laws.

In Pennsylvania, where Trump once commanded a daunting lead the president is now ahead of Biden by just 3.1%. The race is far closer in Georgia and North Carolina. In Georgia, Biden lags behind by just 0.8% while in North Carolina he is behind by 1.4%.

Biden has been greatly bolstered by mail-in ballots. That is due, in part, to the president’s repeated warnings of alleged fraud that he said they would be subject to.

While his claims were all but certain to fall on deaf ears among Democrats, they were likely heeded by his political supporters. Of the over 37.5 million people who voted early by mail, just over a quarter of the ballots were sent in by Republicans, according to the US Elections Project.

Noting the advantage he has in mailed-in ballots, Biden voiced strong optimism in Pennsylvania, where he said “virtually all the remaining votes to be counted were cast by mail, and we have been winning 78% of the votes by mail in Pennsylvania.”

Trump prematurely declared victory in the state, as well as in North Carolina and Georgia.

With the count ongoing, Pennsylvania’s Democratic Gov. Tom Wolf said the state’s elections “have to be free of external influences.”

“We have seen efforts across the country to undermine this election, and to block the counting of votes. This afternoon the Trump campaign filed a lawsuit to stop the counting of ballots in Pennsylvania. That is simply wrong,” Wolf added.

The Trump campaign further filed another suit in Georgia to halt ballot counting there.

The US’s Nov. 3 elections were held for the president and vice-president, 35 of 100 senators, and all 435 representatives at the Congress.