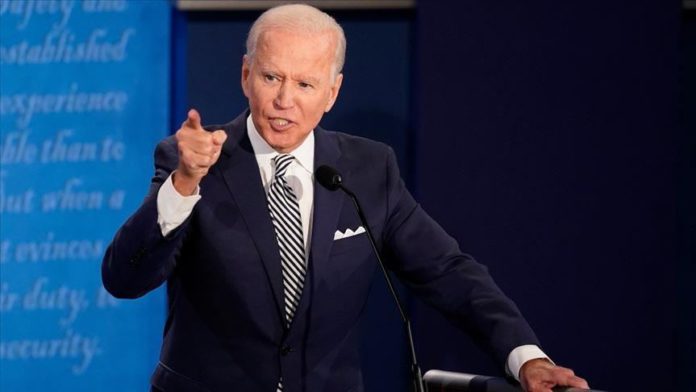 The Democratic victory put the state into the blue column for the first time in 24 years with a margin of 5%.

In the northeastern state of Maine – one of just two states that allow dividing the electoral votes – Biden won three of four electoral votes over President Donald Trump.

Trump has so far won 213 Electoral College votes, most recently adding Florida to his column, The Associated Press reported.

Several races have yet to be called, including in the key states of Georgia, Michigan, Nevada, North Carolina, Pennsylvania, and Wisconsin.

This year, Election Day comes in the thick of the US’ worsening coronavirus pandemic.

A record-setting number of voters have cast ballots early by mail or in-person at polling stations in a bid to avoid the crowded indoor spaces where the virus thrives.

Some states, including Texas, Washington, Oregon, Montana and Colorado, saw more people vote early than the entire turnout in 2016, according to the US Elections Project.

In all, more than 101 million people cast ballots before Tuesday, Election Day.