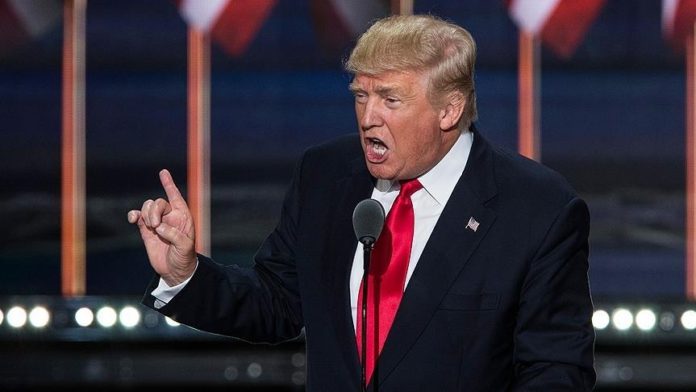 President Donald Trump claimed Wednesday that the US election system is under “coordinated assault and siege,” pledging to defend the country’s laws and Constitution.

In a pre-recorded video from the White House, which he called “the most important speech” he has ever made, the president said the Nov. 3 presidential election saw “lots of bad things” happen.

“We used to have what was called election day. Now we have election days, weeks, and months, and lots of bad things happened during this ridiculous period of time, especially when you have to prove almost nothing to exercise our greatest privilege, the right to vote,” said Trump.

His remarks came a day after US Attorney General William Barr said there is no evidence of widespread voter fraud in the Nov. 3 presidential race that could change President-elect Joe Biden’s victory.

“This is not just about honoring the votes of 74 million Americans who voted for me, it’s about ensuring that Americans can have faith in this election and in all future elections,” he said.

Trump also detailed what he called a corrupt mail-in balloting scheme, accusing Democrats of using it to alter voting in swing states. He said Republicans were leading in those states.

“While it has long been understood that the Democrat political machine engages in voter fraud from Detroit to Philadelphia, to Milwaukee, Atlanta, so many other places, what changed this year was the Democrat party’s relentless push to print and mail out tens of millions of ballots sent to unknown recipients with virtually no safeguards of any kind.

“This allowed fraud and abuse to occur in a scale never seen before. Using the pandemic as a pretext, Democrat politicians and judges drastically changed election procedures just months, and in some cases, weeks before the election on the 3rd of November,” he added.

Kenya must refund those forced into quarantine: Court