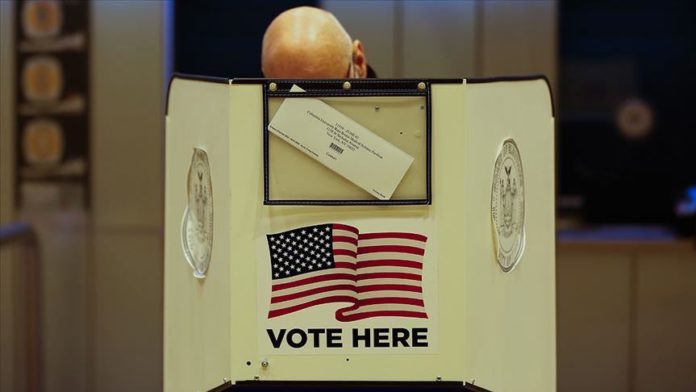 Millions of Americans in Eastern US states such as New York, Florida, and Georgia headed to the polls early Tuesday in pivotal elections over control of Congress and whether President Donald Trump gets another four-year term.

With a population of about 330 million, some 150 million Americans are expected to vote, as more than 99.6 million took advantage of early voting to cast their ballots already, according to forecasts.

The heated race between Trump – perhaps the most controversial US president of the modern era – and Democratic challenger Joe Biden is thought to have fueled the early heavy turnout, along with safety concerns over the coronavirus pandemic.

Polls today will open in waves moving west across the country, from Virginia to California, as local times reach either 6 a.m. or 7 a.m., depending on state rules. Voting will end on a state-by-state basis anywhere from 6 p.m. to 9 p.m. local time in each state.

The key swing state of Pennsylvania will end voting at 8 p.m., while Florida and Arizona will close their polling stations by 7 p.m.

Initial results will begin rolling in Tuesday evening, but they may be misleading, as more people cast votes by mail-in ballots during the coronavirus pandemic, and each state has different regulations and deadlines for tallying votes.

The margins between Republicans and Democrats may also change due to which votes are counted first.

For instance, some states count in-person votes first and mail-in votes later, in a process that many expect to front-load Republican votes while Democratic votes are reflected later.