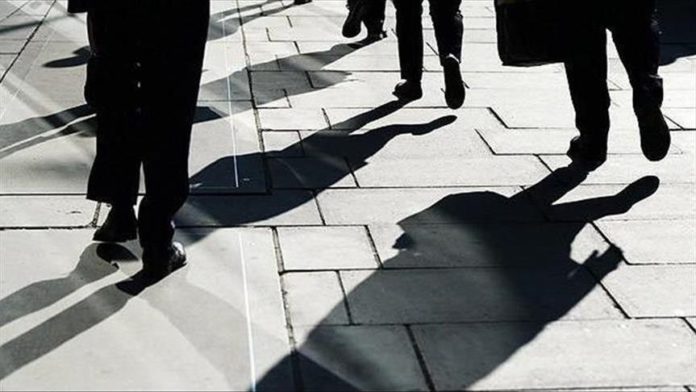 The US economy lost 140,000 jobs in December and the unemployment rate remained unchanged at 6.7%, the Department of Labor announced Friday.

The market estimate for nonfarm payrolls was an increase of 71,000 for December, while job additions for November were revised up by 91,000 from 245,000 to 336,000, according to data by the Bureau of Labor Statistics.

The unemployment rate, however, managed to beat the market expectation as the consensus for it was to increase to 6.8% in December.

The number of unemployed individuals in the US also remained unchanged at 10.7 million last month, as roughly 11 million people in the world’s largest economy are still without any employment since they lost their jobs in March and April due to the novel coronavirus.

“Among the major worker groups, the unemployment rates for teenagers and Hispanics increased in December,” the report said.

Among the unemployed, in addition, the number of people on temporary layoff also increased by 277,000 last month to reach 3 million.

Leisure and hospitality sector posted the worst decline in employment as it shed 498,000 jobs in December, according to the figures.

Private sector data released Wednesday also showed the sector in the US lost 123,000 jobs in December, marking its first monthly decline since April.

The President-elect Joe Biden administration is immediately expected to introduce and urge the Congress to pass a relief bill around $1 trillion after his inauguration on Jan. 20, which would include stimulus checks for jobless Americans.

Despite the weak job figures, major indexes in the US stock market were heading Friday for a higher opening after they reached new record high levels on previous day.