TurkishPress
Home News US economy grows at record 33.4% in Q3 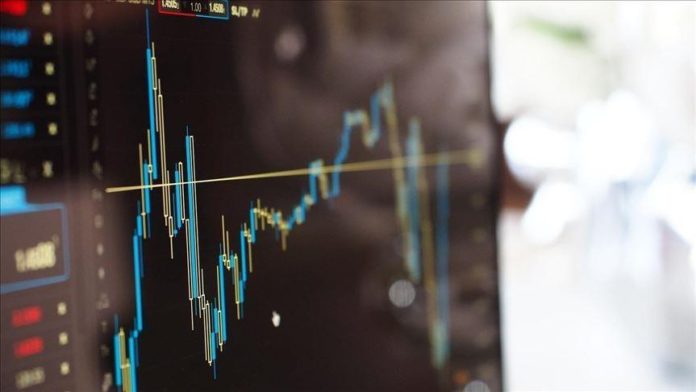 The American economy grew at a record 33.4% annualized rate in the third quarter, according to the Commerce Department’s third and final reading of the gross domestic product (GDP) on Tuesday.

Analysts expected 33.1%. The US economy shrank by a record of 31.4% in the second quarter.

While the third and final estimate of GDP is based on more complete data, the upward revision from a 33.1% second reading announced last month is a result of “larger increases in personal consumption expenditures (PCE) and nonresidential fixed investment,” the department said in a statement.

“The increase in PCE reflected increases in services, led by health care as well as food services and accommodations, and goods led by clothing and footwear as well as motor vehicles and parts,” it added.

Despite the record recovery, the world’s largest economy remains 3.5 percentage points below levels at the end of 2019, as the novel coronavirus negatively impacted economic activities.

Although there was a $3 trillion stimulus package injected into the economy earlier this year, US lawmakers’ $900 billion relief bill Monday came much later than most expected.

President-elect Joe Biden signaled on several occasions that Congress should start working on a new stimulus package after he takes office on Jan. 20.

A new mutated strain of the novel coronavirus emerging in the UK caused jitters in financial markets Monday when the S&P 500 and the Nasdaq finished in negative territory and the Dow Jones barely climbing back up to close with a 0.12% gain.

Before Tuesday’s opening bell, the S&P500 and Nasdaq were headed to gains, while Dow futures were almost flat.

After taking a heavy hit Monday, crude oil was down 1.5%, but the price of Brent crude was trying to remain strong above the psychological support level of $50.

Despite a record-breaking rally in recent days, Bitcoin also plummeted 3.1% Monday but managed to recover to $23,500 with a 3.2% gain.