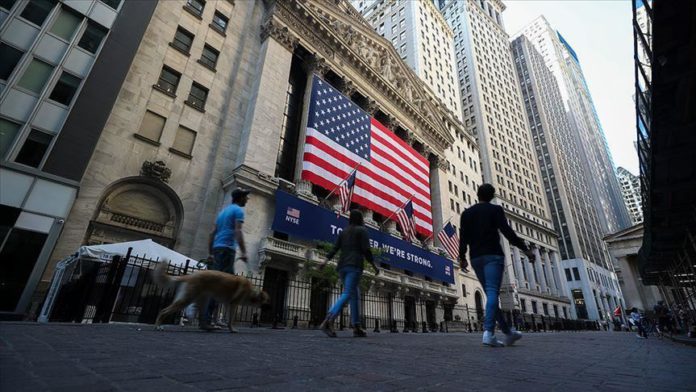 The unemployment rate in the US dropped to 11.1% in June as the economy gained 4.8 million jobs, the Bureau of Labor Statistics said Thursday.

Data released a day early because of the July 4 holiday reflected the continued resumption of economic activity that was curtailed in March and April due to the coronavirus pandemic, which pushed job losses to Great Depression-era levels.

The unemployment rate declined 2.2 points from 13.3% in May and the number of jobless Americans fell by 3.2 million to 17.8 million.

The figures were released as many states are pausing reopening plans or reimposing new restrictions to curb the spread of COVID-19 because of recent spikes in cases and hospitalizations.

But the Trump administration has defended the surge in cases as related to an increase in testing.

Health experts warn some parts of the US are facing a “serious” problem because of the spread of the pandemic. More than 32.8 million tests have been conducted.

The US is the worst-hit country by the pandemic with nearly 2.7 million cases and more than 128,000 fatalities, according to a running tally of Johns Hopkins University. In all, nearly 730,000 recoveries have been recorded.