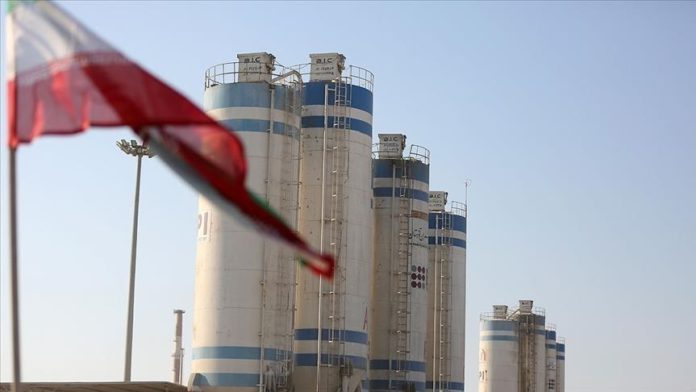 Significant gaps remain between the US and Iran on a mutual return to compliance with the 2015 nuclear deal, a senior State Department official said Thursday in a stark departure from comments made in Tehran.

It is unclear when the seventh round of talks will begin but the official said it would take place “in the not too distant future,” noting that an additional series of negotiations would not be needed “if the deal were already done.”

“We still have serious differences that have not been bridged, serious difference with Iran, over a host of issues, whether it’s the nuclear steps that Iran needs to take to come back into compliance, the sanctions relief that the US will be offering, or the sequence of steps that both sides will be taking,” the official told reporters on a conference call.

“Nothing is agreed until everything is agreed, and since everything is not agreed we still don’t have anything nailed down, and there’s still some important issues that need to be resolved,” he said. “By the same token, we wouldn’t be going back for a seventh-round if we didn’t think a deal was possible.”

The comments stand at odds with those from Iranian officials, including Foreign Ministry spokesman Saeed Habibzadeh who said the parties reached a clear text on all issues during the latest round of talks in Vienna.

The Iranian Presidential Chief of Staff Mahmoud Vaezi additionally said on Wednesday that the US agreed to remove all sanctions on Iran’s oil and shipping sectors and remove American sanctions on some senior Iranian political figures.

Former US President Donald Trump unilaterally withdrew Washington from the nuclear agreement with Iran in 2018 and went on to re-impose sanctions on Tehran lifted under the agreement in a failed push to bring Iran back to the negotiating table for a more extensive agreement.

The 2015 Joint Comprehensive Plan of Action, as the pact is formally known, placed sweeping constraints on Iran’s nuclear program and created a robust inspections regime in exchange for the lifting of biting international and US sanctions.