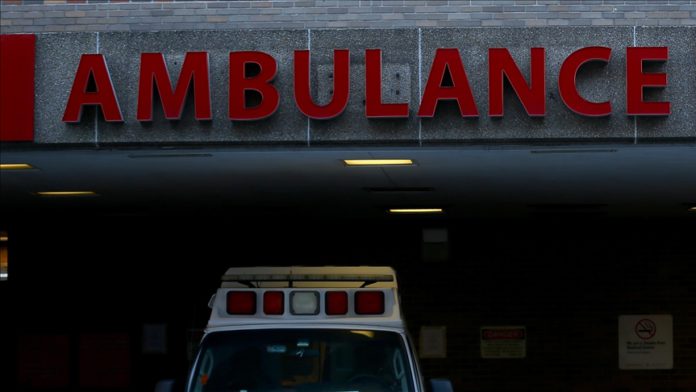 A number of doctors in the US criticized the racist treatment a Black female physician received in a hospital, who later died due to complications from COVID-19.

Dr. Susan Moore, a 52-year-old Black physician, was being treated for the novel coronavirus at Indiana University Health North Hospital in Carmel, Indiana, her hometown, after she tested positive for COVID-19 in late November.

Lying on her hospital bed, she recorded a video on her cell phone and posted it on her Facebook page on Dec. 4, saying her fight against the virus was made worse by the treatment she received from a doctor in that hospital.

Dr. Moore claimed the doctor giving her treatment repeatedly ignored her complaints and wanted to send her home, saying she no longer trusted the hospital and asked to be transferred.

“This is how Black people get killed. When you send them home and they don’t know how to fight for themselves,” she told in her almost eight-minute video.

“I had to talk to somebody, maybe the media, to let people know how I’m being treated up in this place … I put forth, and I maintain, if I was white, I wouldn’t have to go through that,” she said.

After Dr. Moore died on Sunday from complications due to COVID-19, according to her son, a number of American doctors slammed on Twitter the racist treatment Black people have been receiving across the US during the pandemic.

“Unfortunately, this is not an isolated case,” Dr. Jeremiah Schuur, the president of Brown Emergency Physicians, wrote in a tweet on Thursday.

Dr. Ezinne J. Ihenachor, a radiology resident at University of Southern California, said via social media Dr. Moore was lost due to “medracism”.

“Black people are often ignored & outright challenged when explaining their symptoms to their unconsciously (& consciously) biased doctors,” she wrote.

Indiana University Health North Hospital, where Dr. Moore was treated, released a statement by its President and CEO Dennis M. Murphy on Thursday, requesting both an internal and external review of the case.

“I am concerned, however, that we may not have shown the level of compassion and respect we strive for in understanding what matters most to patients. I am worried that our care team did not have the time due to the burden of this pandemic to hear and understand patient concerns and questions,” he said.

“I also have listened to the voices and experiences of our team members and patients of color over the past year. They have shared experiences of discrimination by patients, families and colleagues,” he added.

Dr. Nicole Christian Brathwaite, a child and adult psychiatrist, however, said via Twitter on Thursday: “Watching some non-Black Physicians do backflips to argue that Dr. Susan Moore did not experience racism is not surprising, but is truly terrifying. Medicine is not ready to face the racism it was built on.”

Blacks, Latino and Native Americans are hospitalized more often because of the novel coronavirus compared to other groups in the US, according to data from the Centers for Disease Control and Prevention (CDC).

Hispanics or Latinos were hospitalized 4.2 times more than non-Hispanic Whites, according to data between March 1 and Nov. 7 among 70,825 confirmed COVID-19 cases.